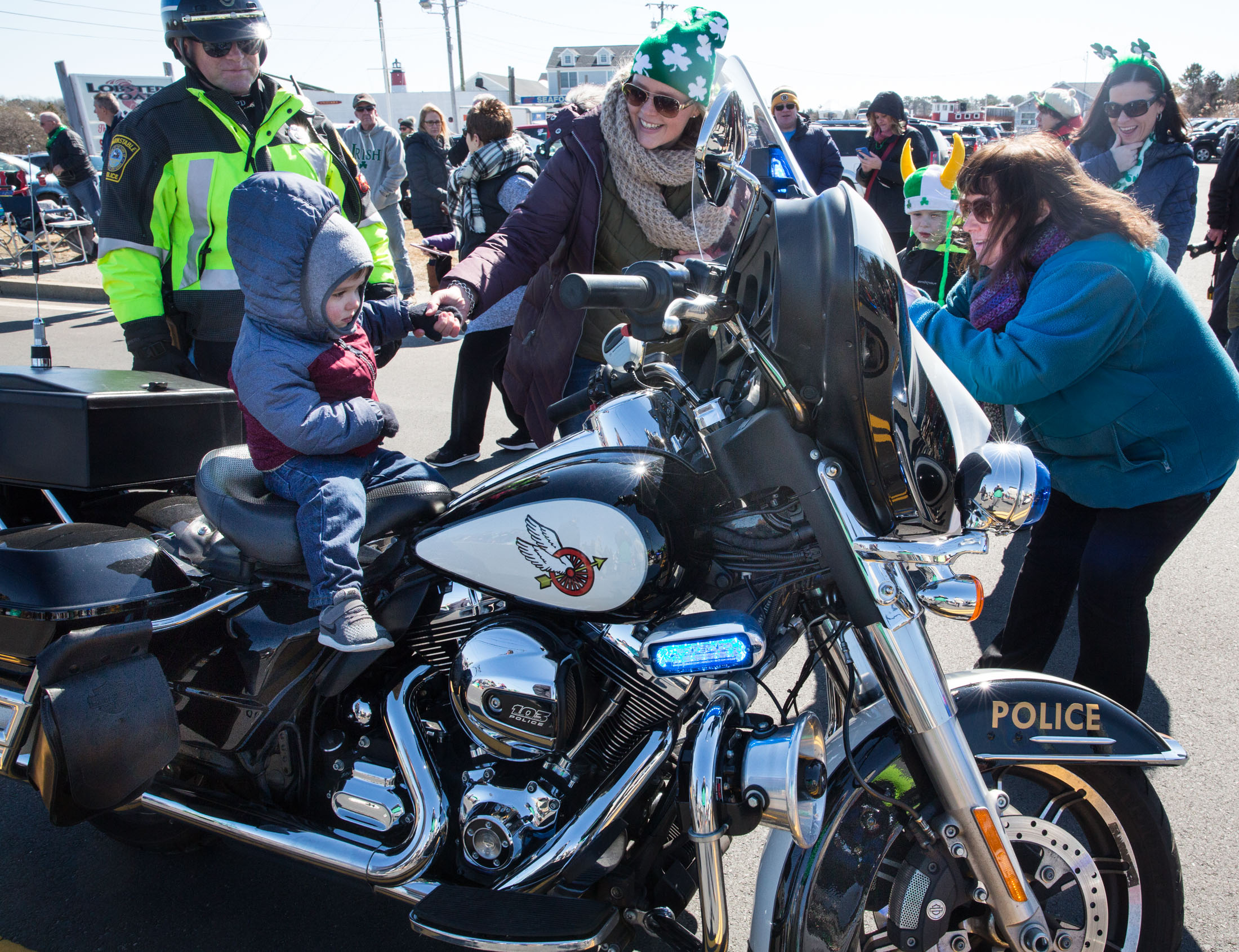 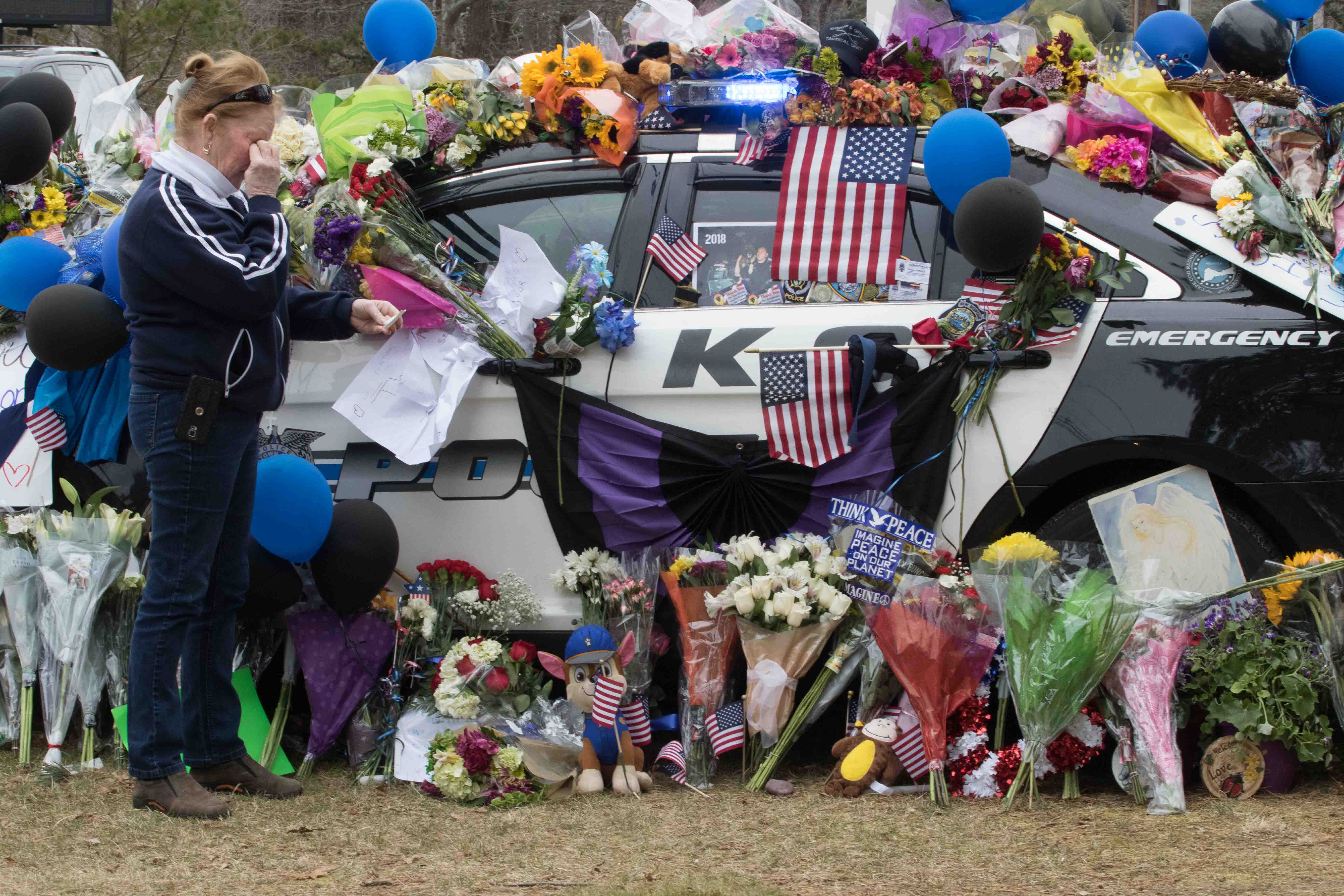 YARMOUTH — The memorial for slain Yarmouth Police Officer Sean Gannon continued to grow on Sunday, with hundreds placing flowers and cards on his parked cruiser. The mourners were coming to pay their respects to Gannon, 32, who was shot while attempting to carry out an arrest warrant Thursday. Gannon’s police dog, Nero, was also shot and badly wounded, but is recovering, according to the Yarmouth Police Department’s website. All photos by Bill Brett