“I love what I do and I love this city. I feel that I have a front row seat in history – even as I preserve that history for Boston through my photos.” ~ Bill Brett 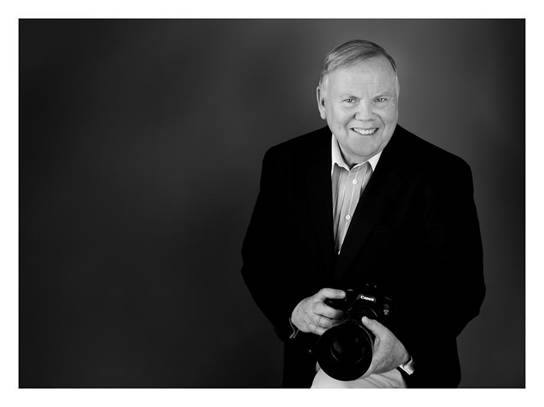 An award-winning photojournalist, Bill Brett is well known for his long career at The Boston Globe. In 2017, he began work on Boston: Game Changers, his sixth book, which is due out by the end of the year.

A Dorchester native where he was a member of St. Margaret’s Parish growing up, Bill was inducted into the Dorchester Hall of Fame on St. Patrick’s Day weekend 2017 at a fundraising event for the Mary Ann Brett Food Pantry, named for his mother.

His work can be seen regularly on the print pages and online platforms of The Globe as well as online at www.BillBrett.com and through his own active social media.

Bill started his news career hawking The Boston Globe on the street corners of Dorchester and first worked at The Globe as an 18-year-old part-time photographer, learning the art of photography and the business of news at the same time.

In 1977, he was named chief photographer at The Globe. He was the photography-member of The Globe team nominated for the Pulitzer Prize for Journalism in 1978 and 1979. In 1999, Bill became Director of Photography, a position from which he “retired” in 2001.

But Bill is hardly the retiring type and many people in the region have had Bill photograph them at a charity event over the years. His weekly “Party Lines” column continues in the print version of the Globe and on www.bostonglobe.com.

In his 50 years as a Boston photojournalist, Brett has photographed thousands of events and fundraisers, with his coverage helping to raise awareness for and bring donations to the many organizations whose events he has photographed. On June 1, 2014, he marked his 50th anniversary with the newspaper.

In 2005, Bill published his first book, Boston: All One Family, which featured the iconic photo of Boston Mayor Thomas M. Menino and his two predecessors, Raymond Flynn and Kevin White. Bill followed that up with the release of Boston: An Extended Family. In 2008, his Boston: A Year in the Life: A Photographic Journey, took Bill to every neighborhood in Boston. For his fourth book, Boston: Inspirational Women, Bill partnered with his daughter Kerry Brett, who is a well-regarded portrait photographer in her own right. Boston: Irish is Bill’s fifth book; all of his titles feature the city and its people.

Bill and Carol Beggy, who has written the text for all of Bill’s books, shared the 2006 President's Award from the Urban League of Eastern Massachusetts for their work on Boston, All One Family. In 2009, Bill received an honorary degree from the Benjamin Franklin Institute of Technology, where he took his only class in photography. And in January 2017, Bill was honored by the Jett Foundation for his support of the organization, which raises money for research into Duchenne Muscular Dystrophy and support for the families affected by the disease. Bill was presented with the honor by Jett Foundation Christine McSherry, who was  ]featured in Boston: Inspirational Women.

Bill also won an Award of Excellence for Photography in the 27th annual creative competition of the Society for News Design, for his portrait of Stephan Ross at Boston’s Holocaust Memorial, which was featured in Boston: All One Family.

A longtime resident of Hingham, Bill and his wife, Ginnie, have four children and six grandchildren—with a seventh on the way.

Carol Beggy is an award-winning writer and editor who worked at several eastern Massachusetts publications, including The Boston Globe. Among Carol’s many assignments while at the Globe were, the founding editor of the Globe West section, co-writer of the popular “Names” column, and writer of the “On Location” column for the newspaper’s Sunday Real Estate section.

Previous to her return to the Globe, Carol was an editor of the MetroWest Daily News in Framingham where she directed the features and lifestyle coverage.

Carol keeps her writing chops fresh through her work as the editor of the “Game Changers” blog on BillBrett.com and for several national and online publications. She has written for GreenGale publishing including its regional glossy Boston Common magazine; the Boston Irish Reporter; Stuff magazine, Boston magazine, The Irish Times, ARTnews, Los Angeles Times, Chicago Tribune, People magazine, Us magazine, and numerous other publications. She also worked as a freelance producer for CBS News.

She works as a public relations consultant. She is a senior consultant for Saragoni & Co., working with Janice M. Saragoni on clients that include the American Repertory Theater, Project Bread—The Walk for Hunger, and Frequency Therapeutics. She also is a consultant and writer for Praxis Communications Strategies, where she has worked with Annemarie Lewis Kerwin on projects that include the Brain Aneurysm Foundation and Boston Conservatory at Berklee’s 150th anniversary. Carol was the first director of communications for Outside the Boston Festival, working for founder Ted Cutler as he set up his free, outdoor festival that launched in 2013.

Carol was part of The Boston Globe team that produced Ted Kennedy: Scenes from an Epic Life (Simon & Schuster), was a co-author of the award-winning 101 Things I Hate About Your House (HCI), with interior designer James Swan and set designer Stanley Meyer, and was writer and researcher for 150 Stories, a book produced by The Boston Conservatory at Berklee for the school’s 150th anniversary in 2017.

She was the writer and a story producer for styleboston, a 30-minute lifestyle TV show that won regional Emmy Award and aired on WCVB-TV, NECN, and WBZ-TV. Carol is the editor at large for the styleboston blog, which continues to publish at www.styleboston.tv

The marketing and public relations consultant to Rustic Kitchen, Carol was a consulting producer for the restaurant’s TV program, The Cooking Show, which won several regional Emmy Awards.

Carol is a member of the Authors Guild, The Association of Writers and Writing Programs, Boston Women in Media and Entertainment, and other organizations. A recipient of the Urban League of Eastern Massachusetts President's Award, she was a member of The Alliance for Digital Equality’s review of Boston.