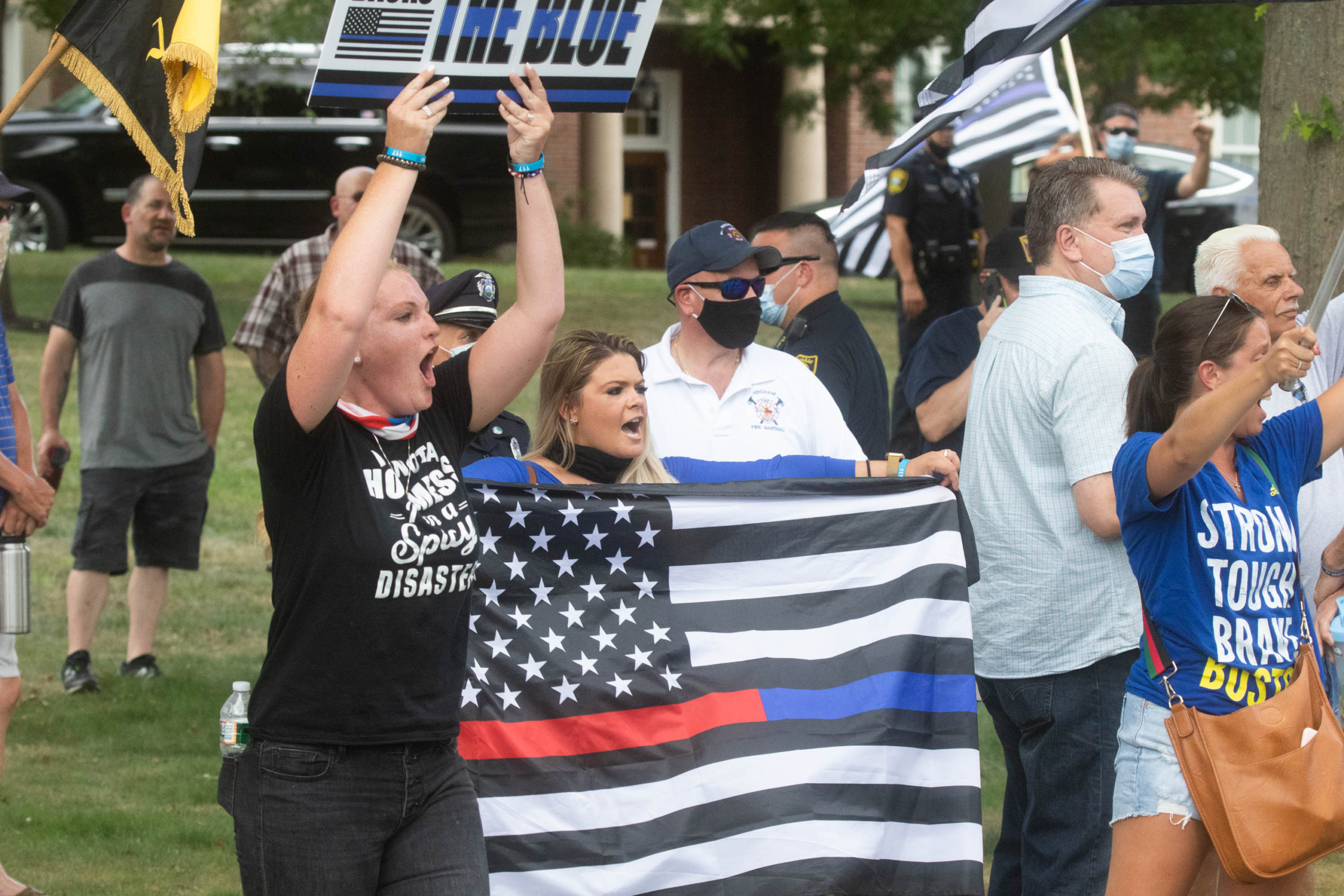 HINGHAM — More than 100 people turned out in front of Hingham Town Hall on July 28, 2020 to show their support for the “thin blue line” flag that has been flying on the Higham fire truck since 2018.

Police Chief Glenn Olsson and Fire Chief Steve Murphy wrote to their departments’ personnel that officials recently received a citizen complaint, prompting the two executives to make the decision to remove the flags, which they say violate town policy that prohibits displaying political messages on town property, according to The Patriot Ledger.

The flags went up in recognition of the anniversary of the line-of-duty death of Weymouth police Sgt. Michael Chesna, who was killed in July 2018, and were first purchased following Chesna’s death.

Firefighters in Hingham said they won’t comply with an order from the police and fire chiefs to take “thin blue line” flags off firetrucks, and have asked them to reconsider the decision. The demonstration was held to convince the town to allow the flags to continue to fly on the trucks.

The Ledger also reported that Black Lives Matter supporters came from around the region, including Boston, to counter the protest and support the removal of the black and blue flags, which are black-and-white versions of the American flag with a single blue line in the center. 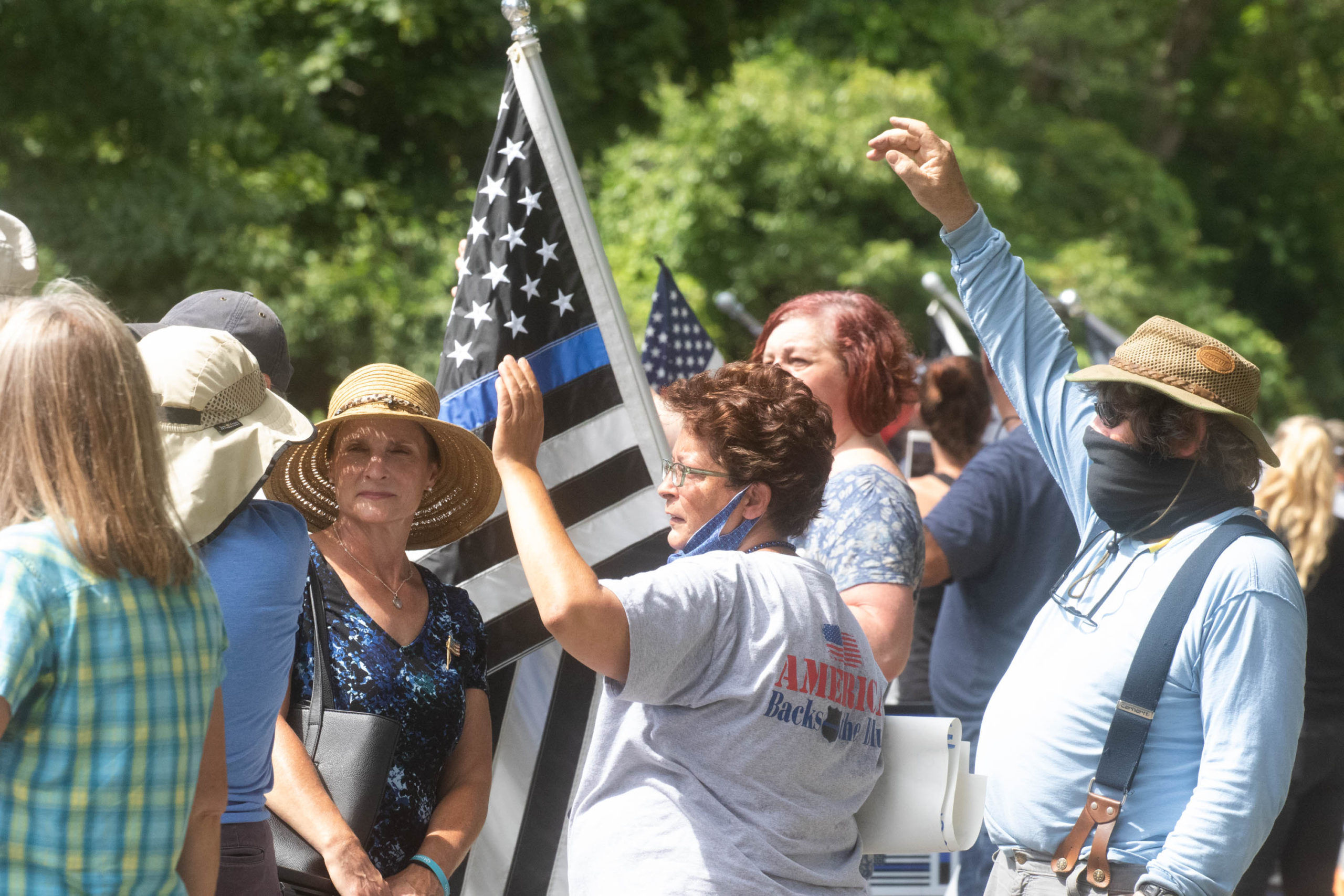 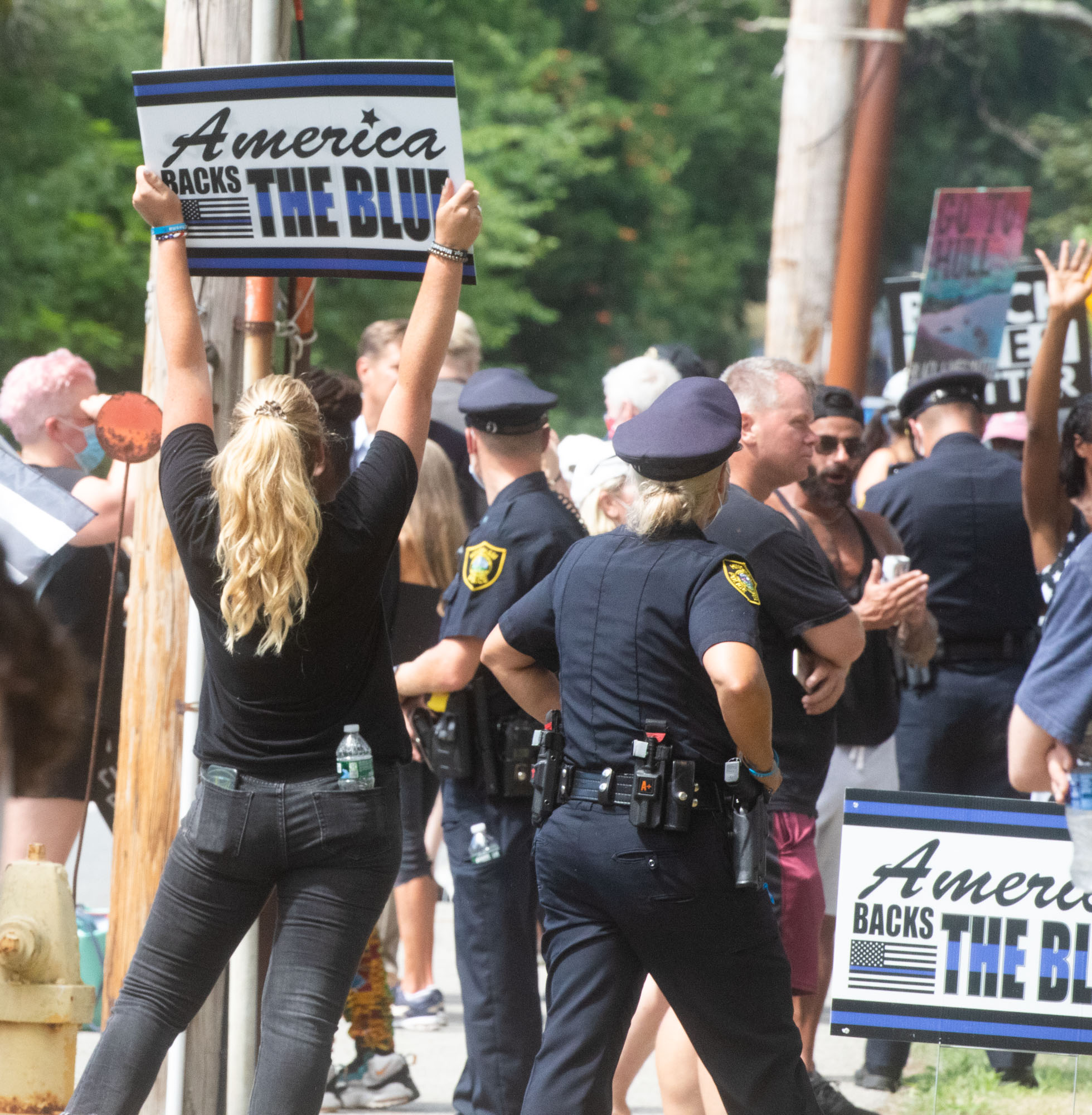 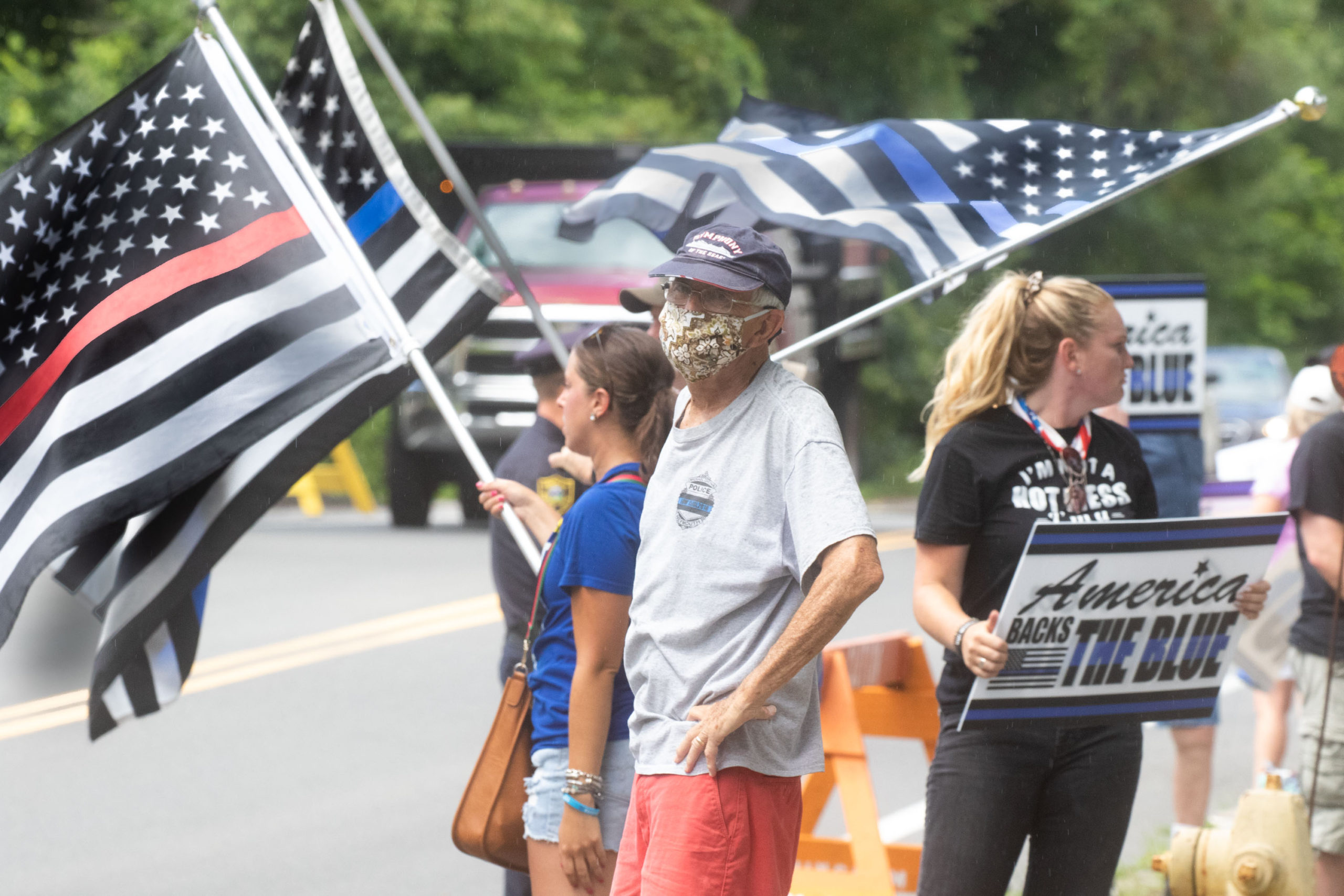 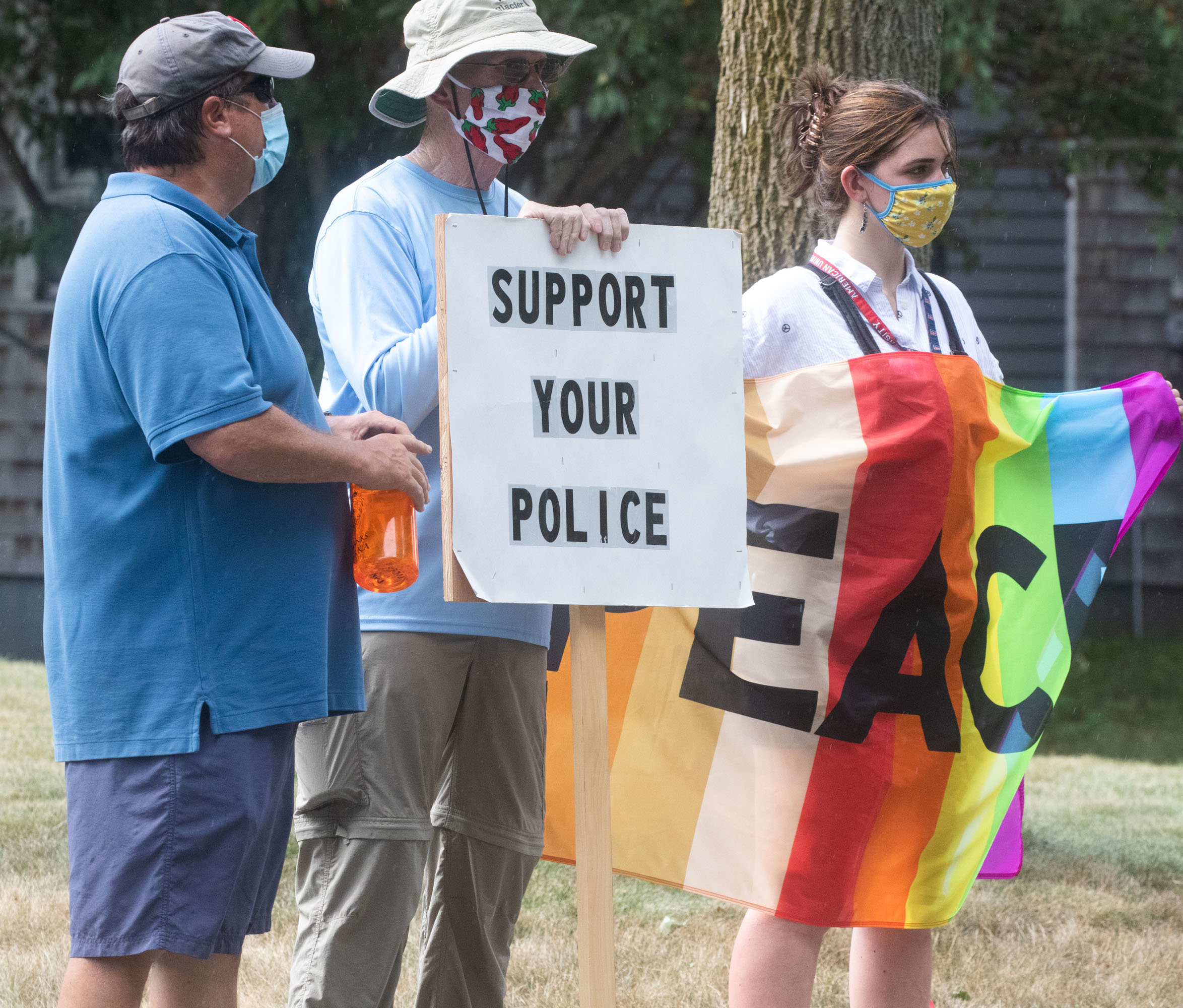 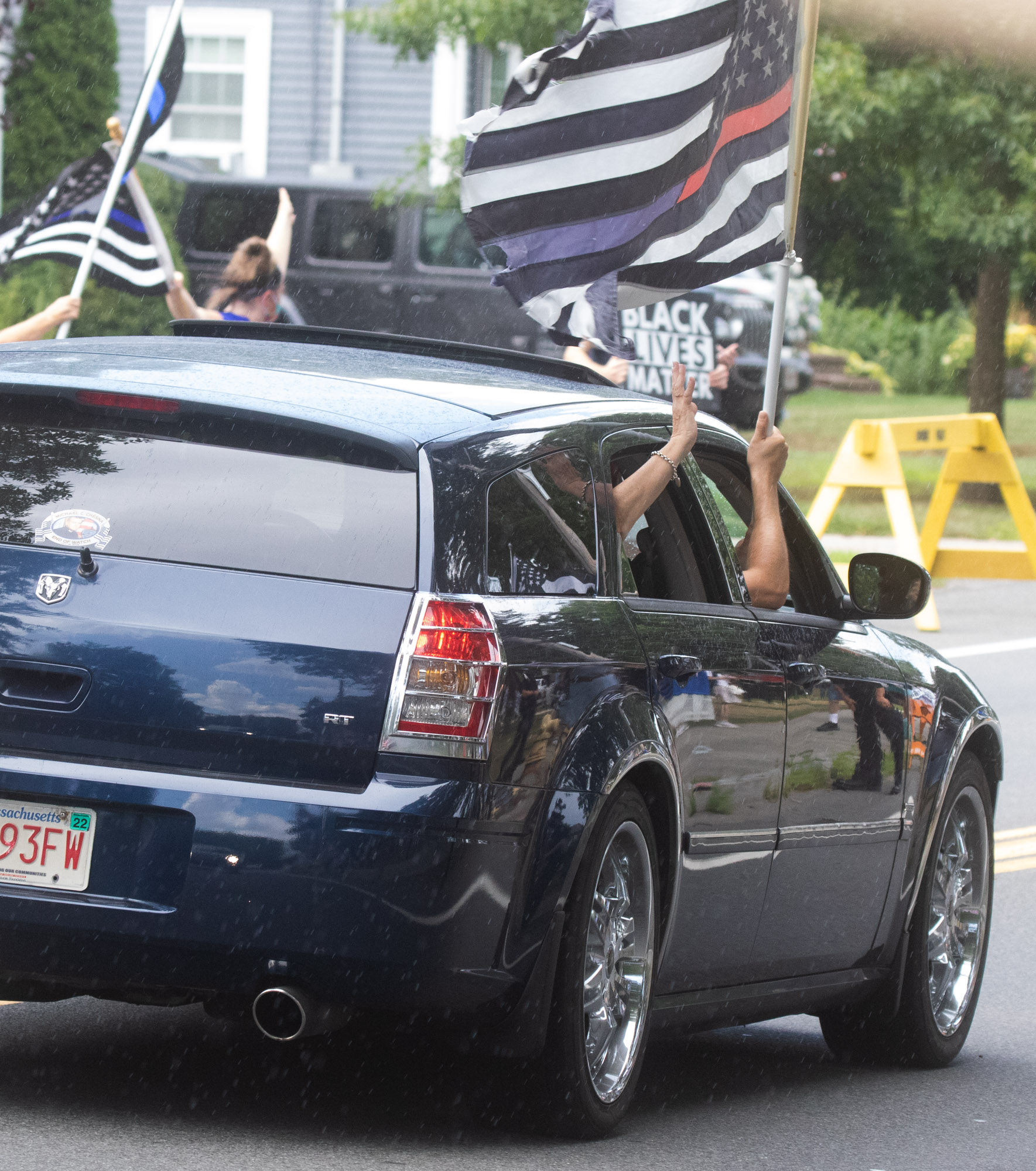 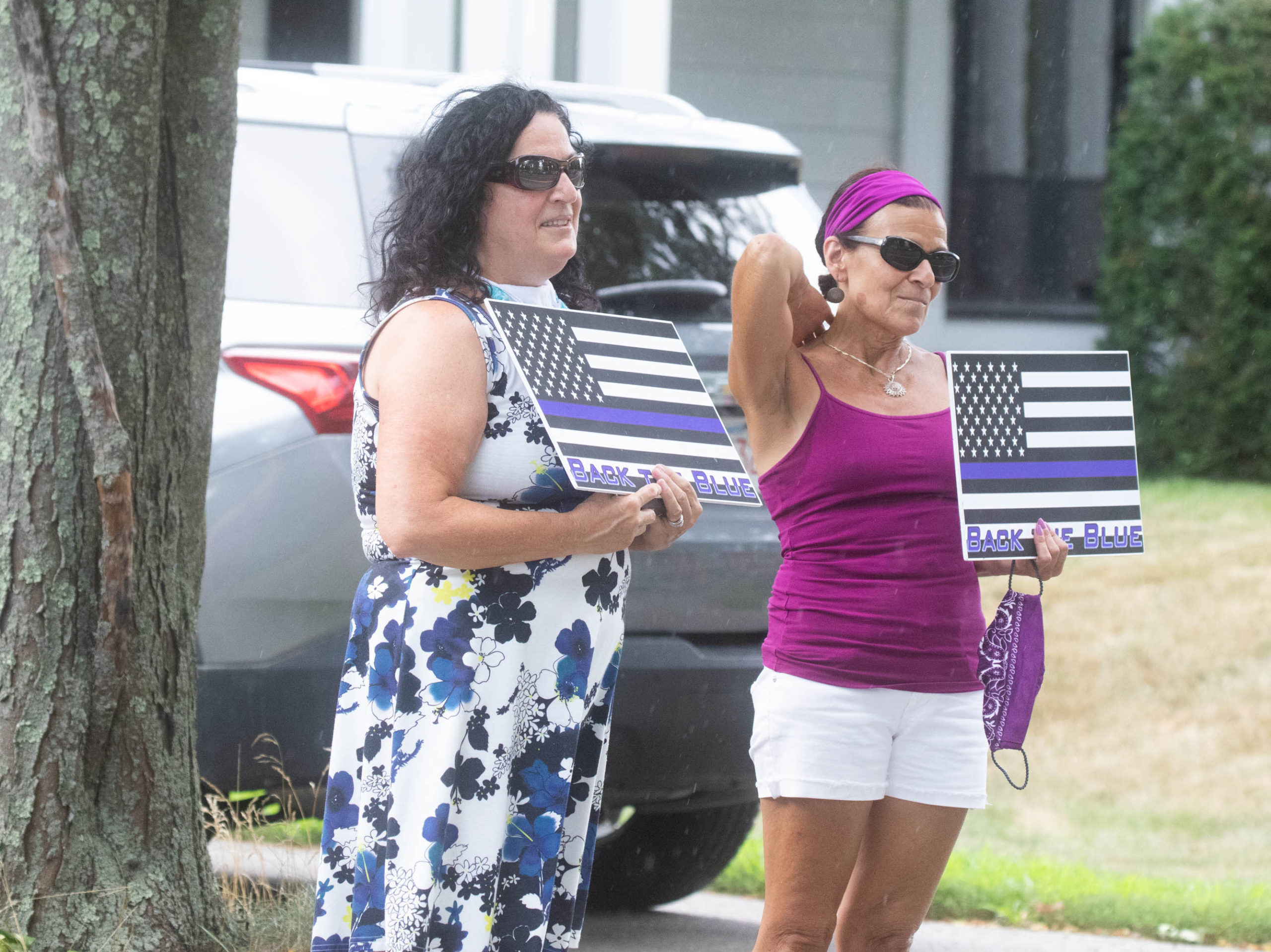 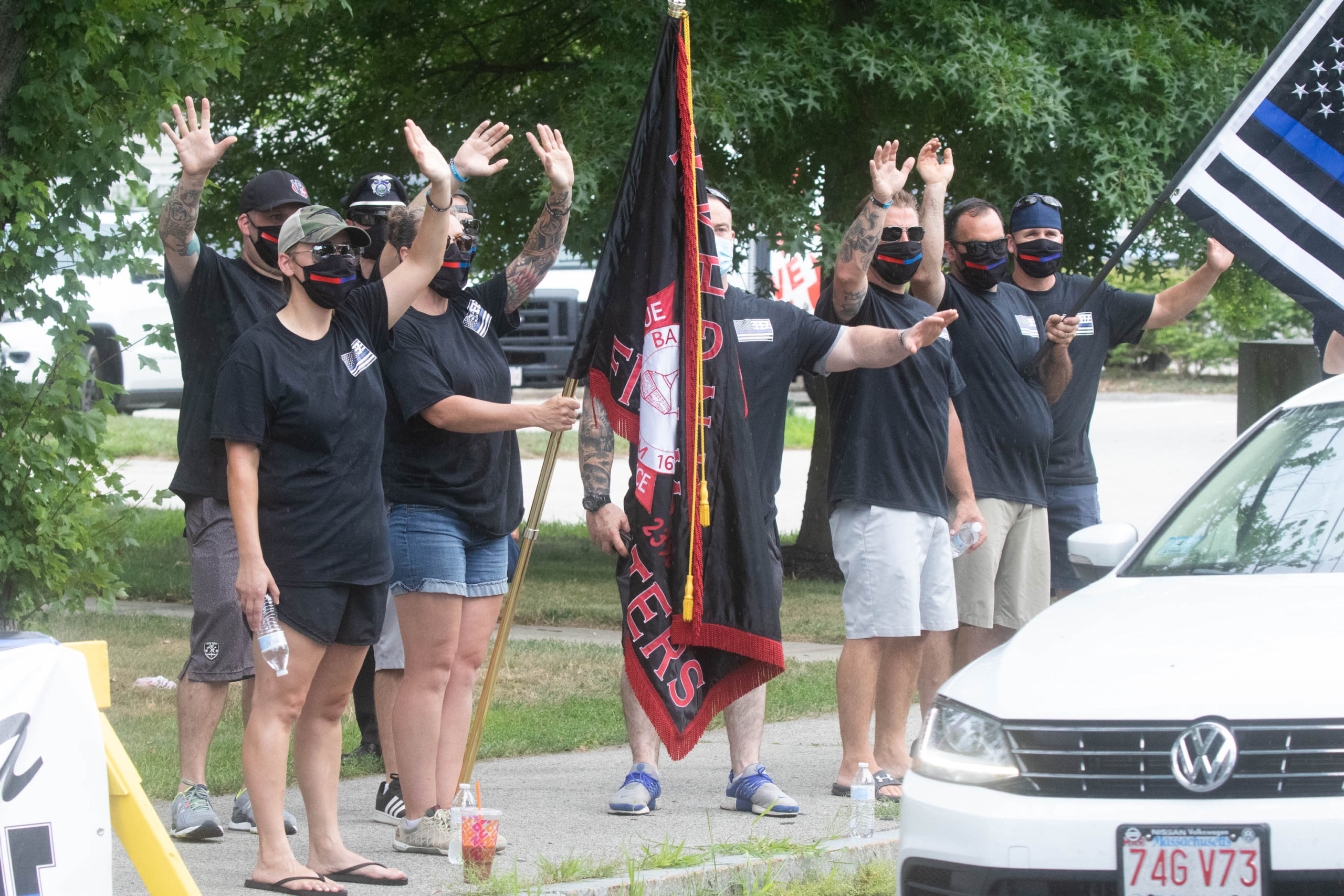 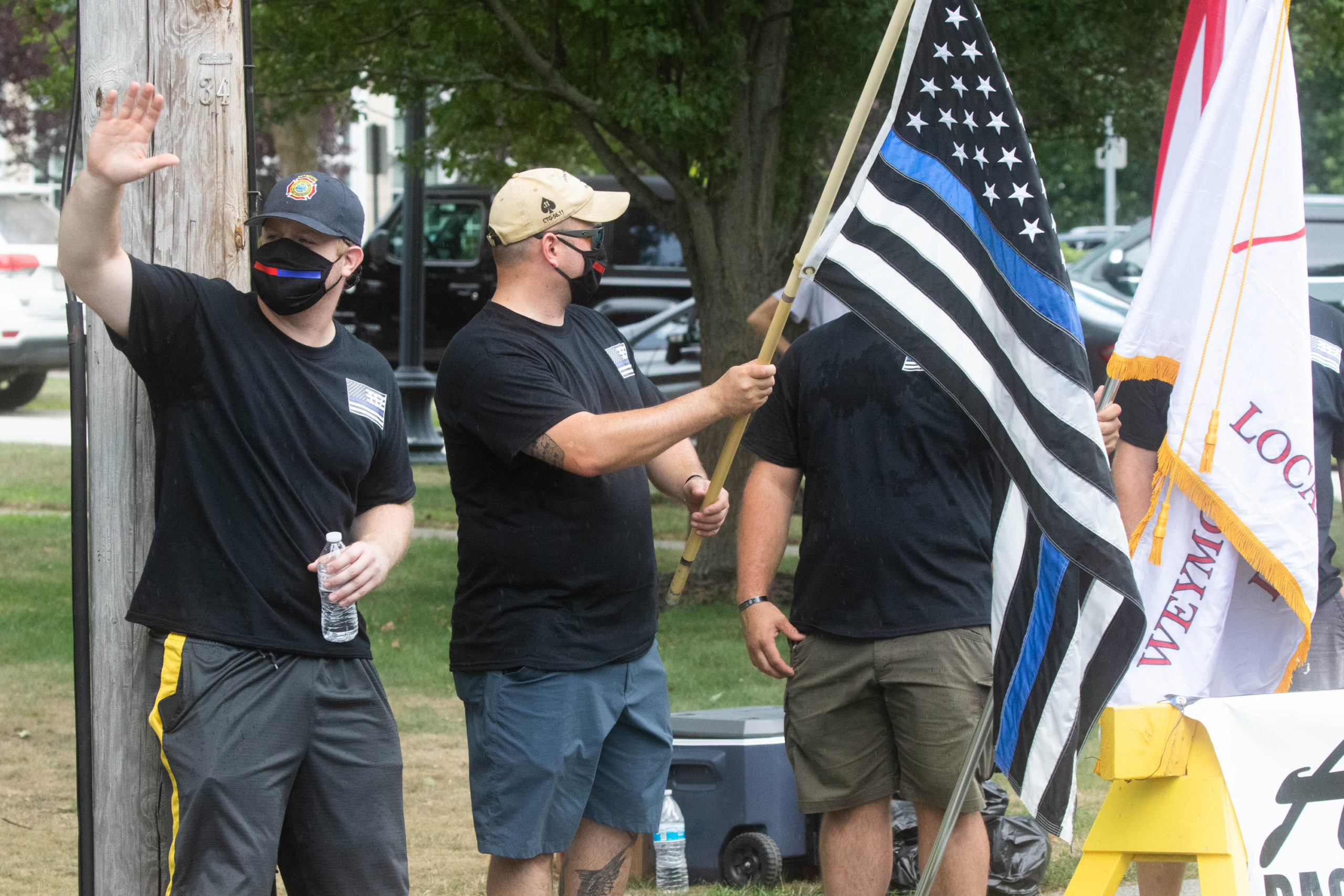 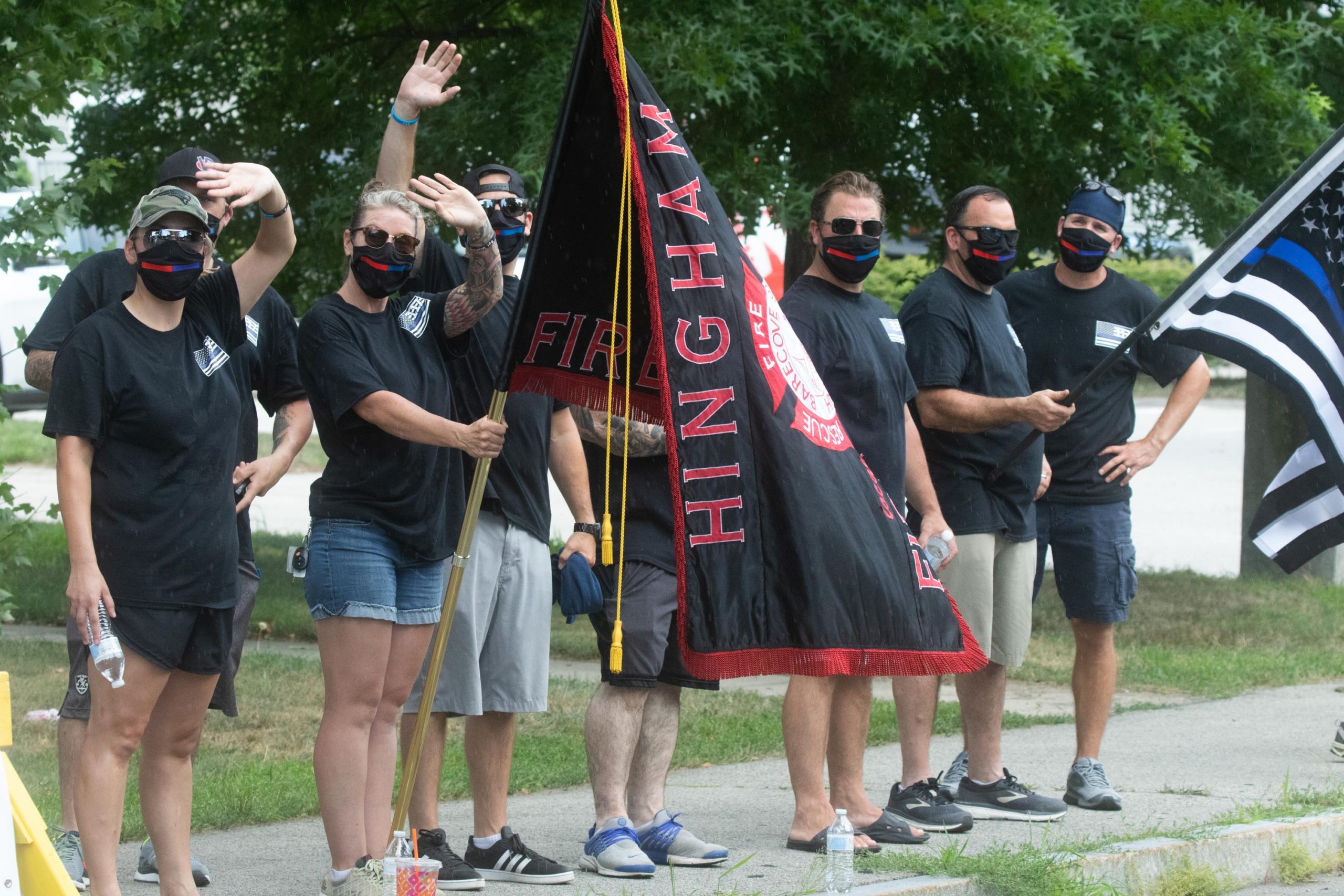 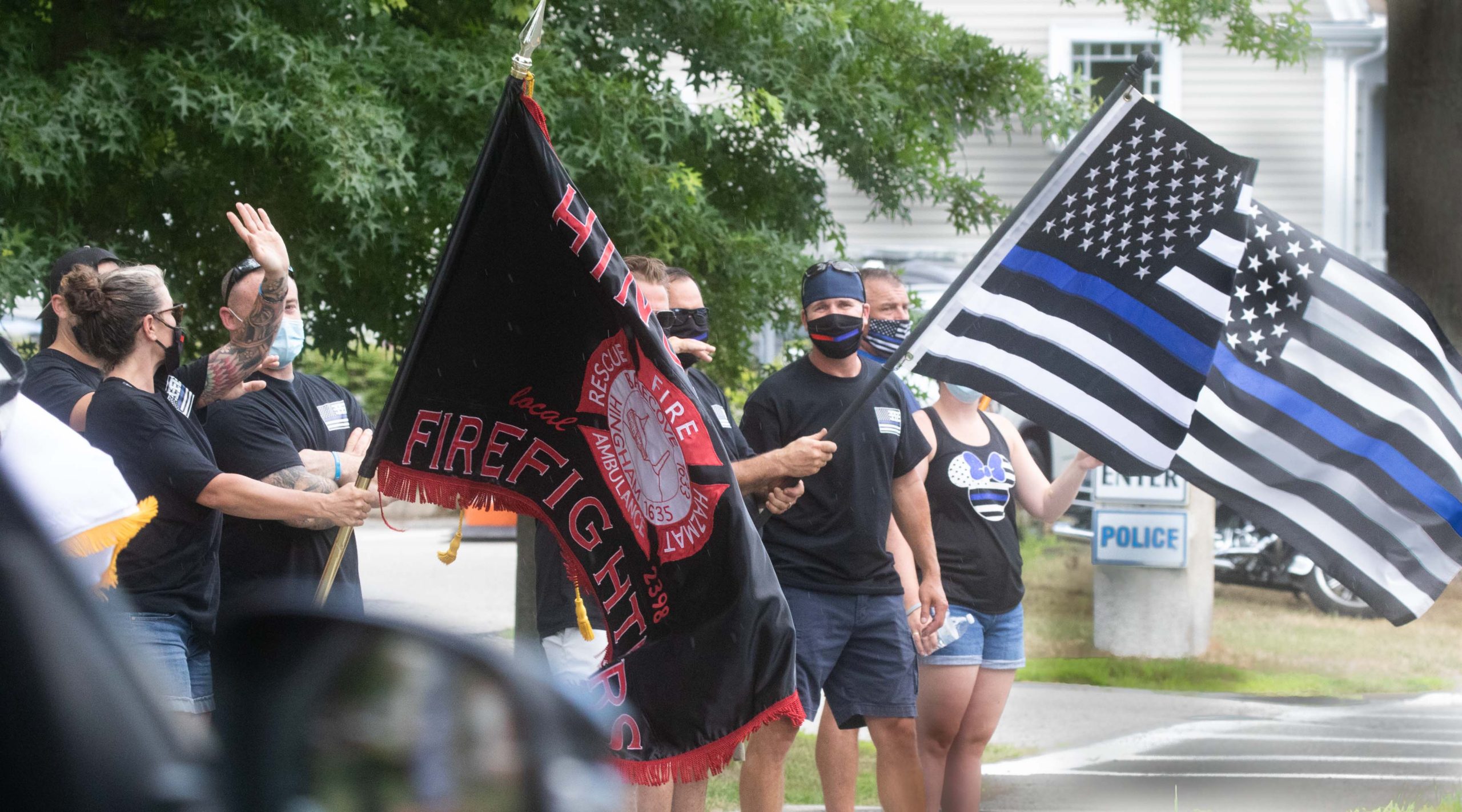 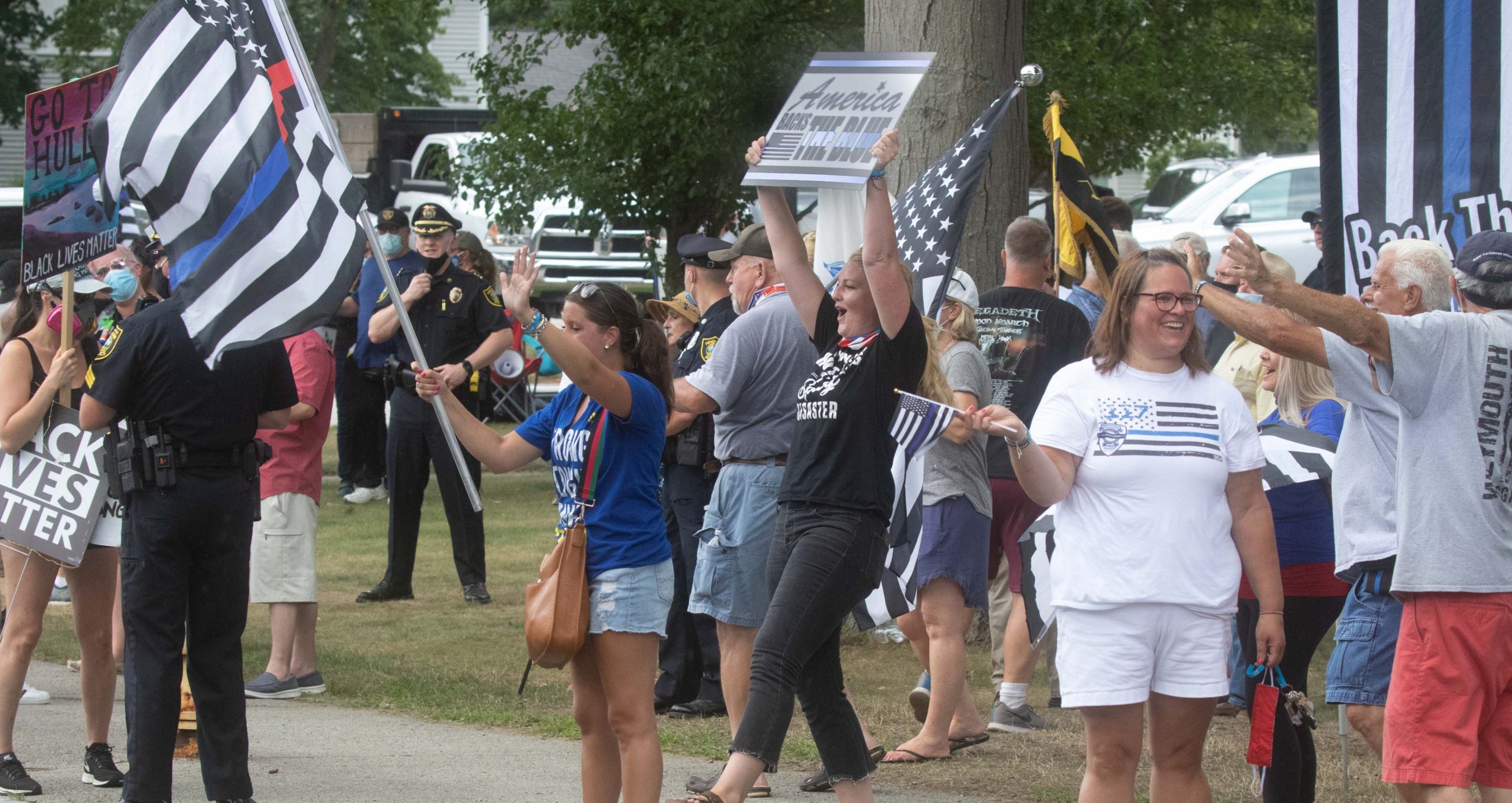 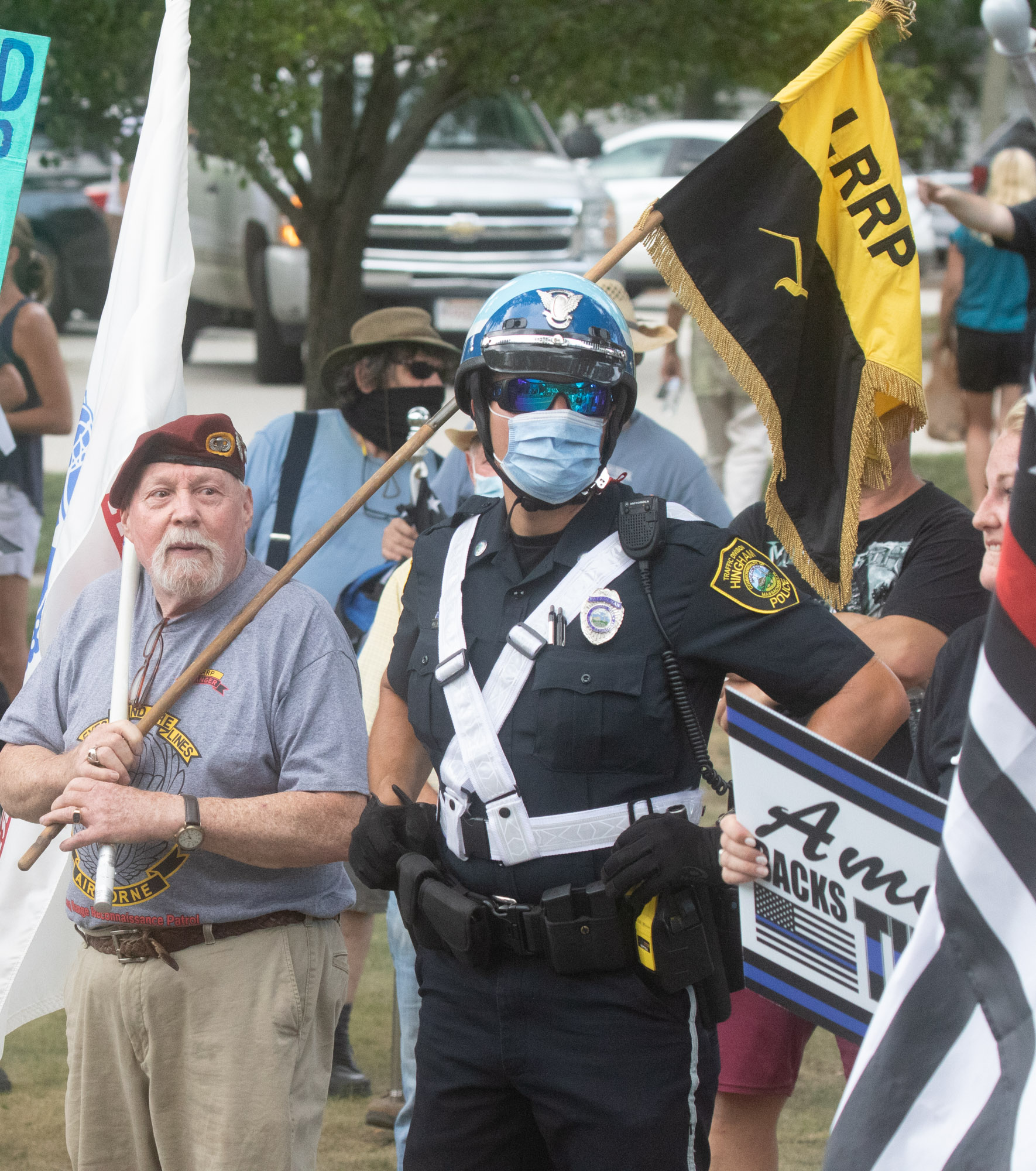 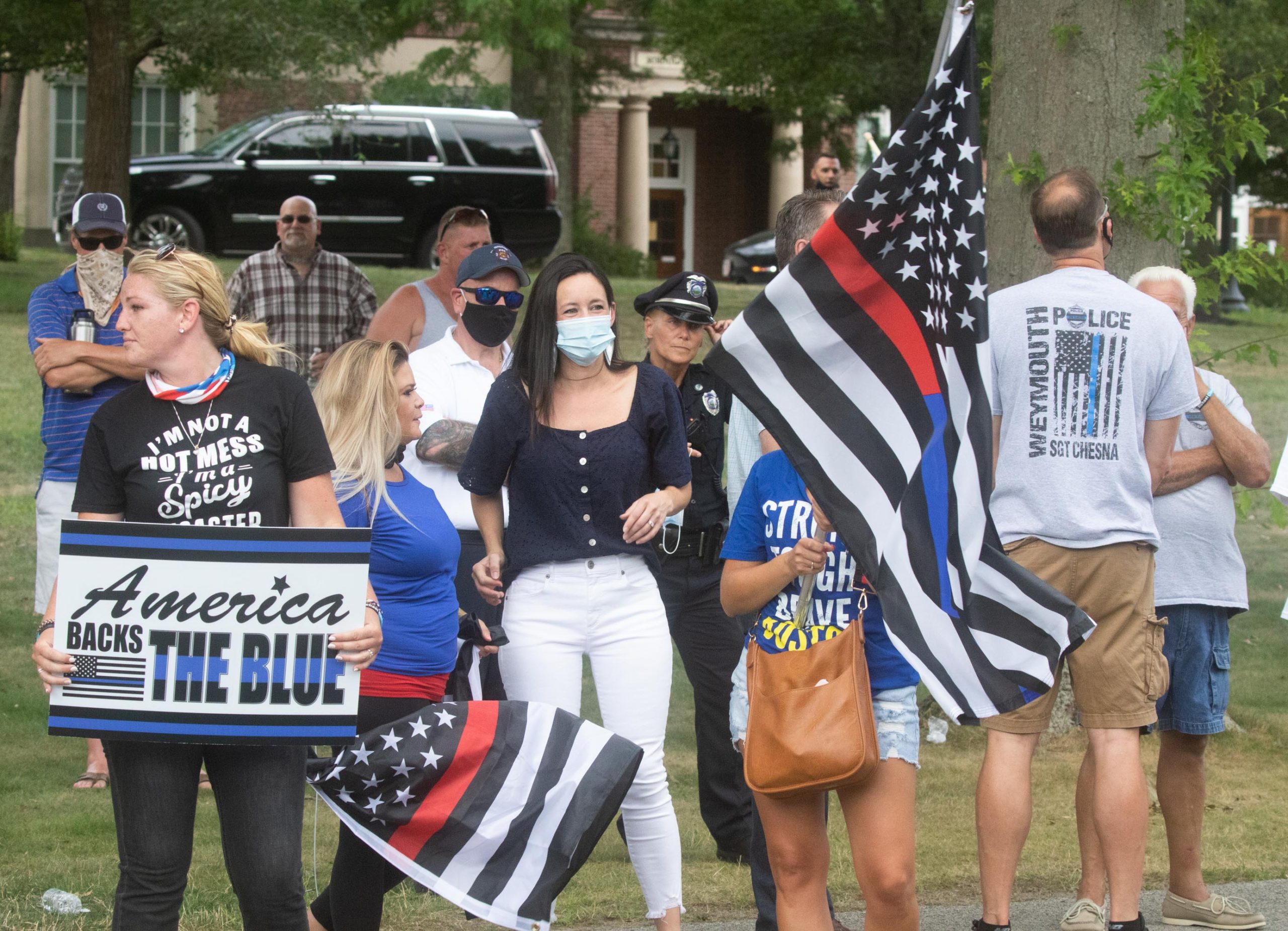 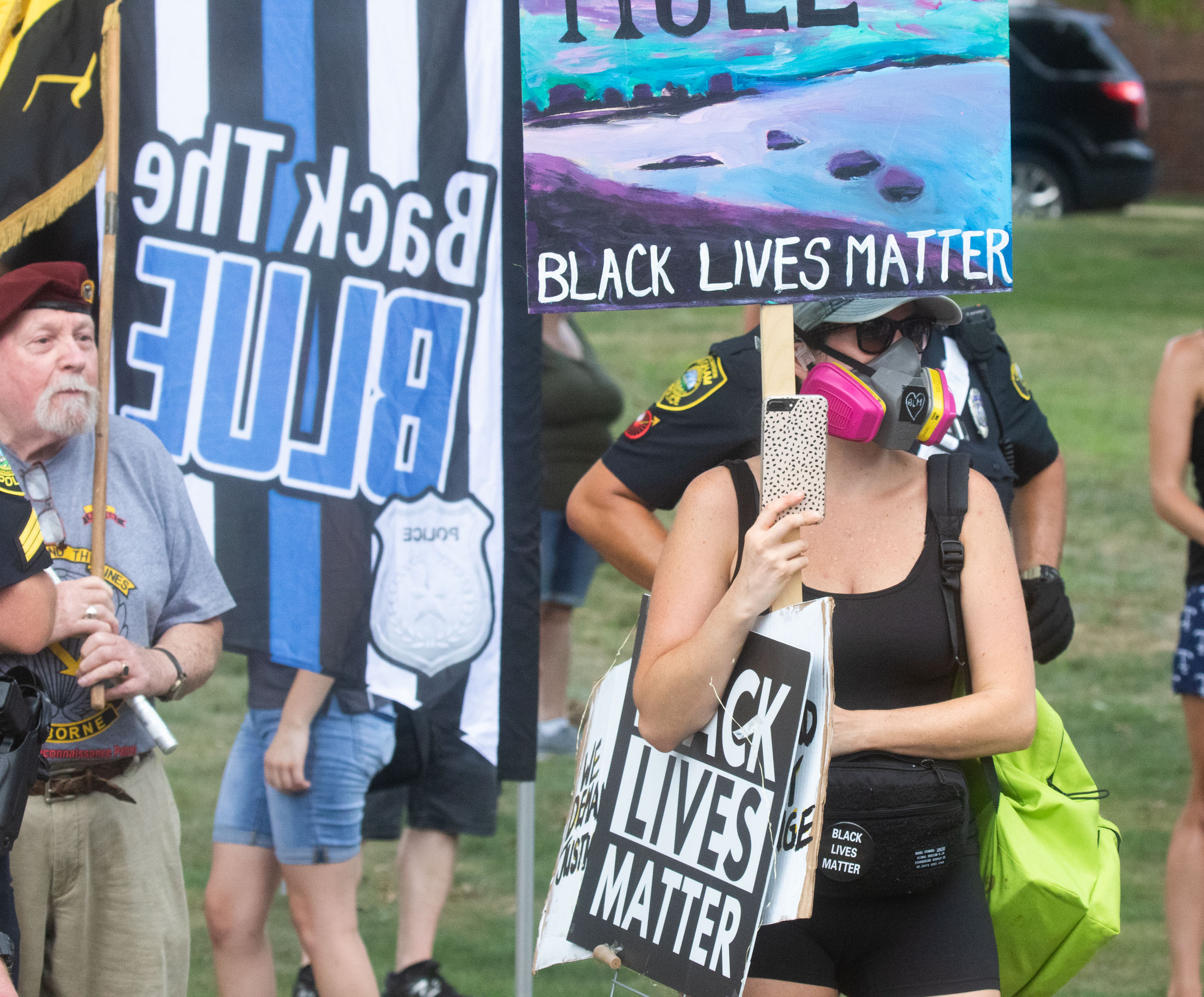 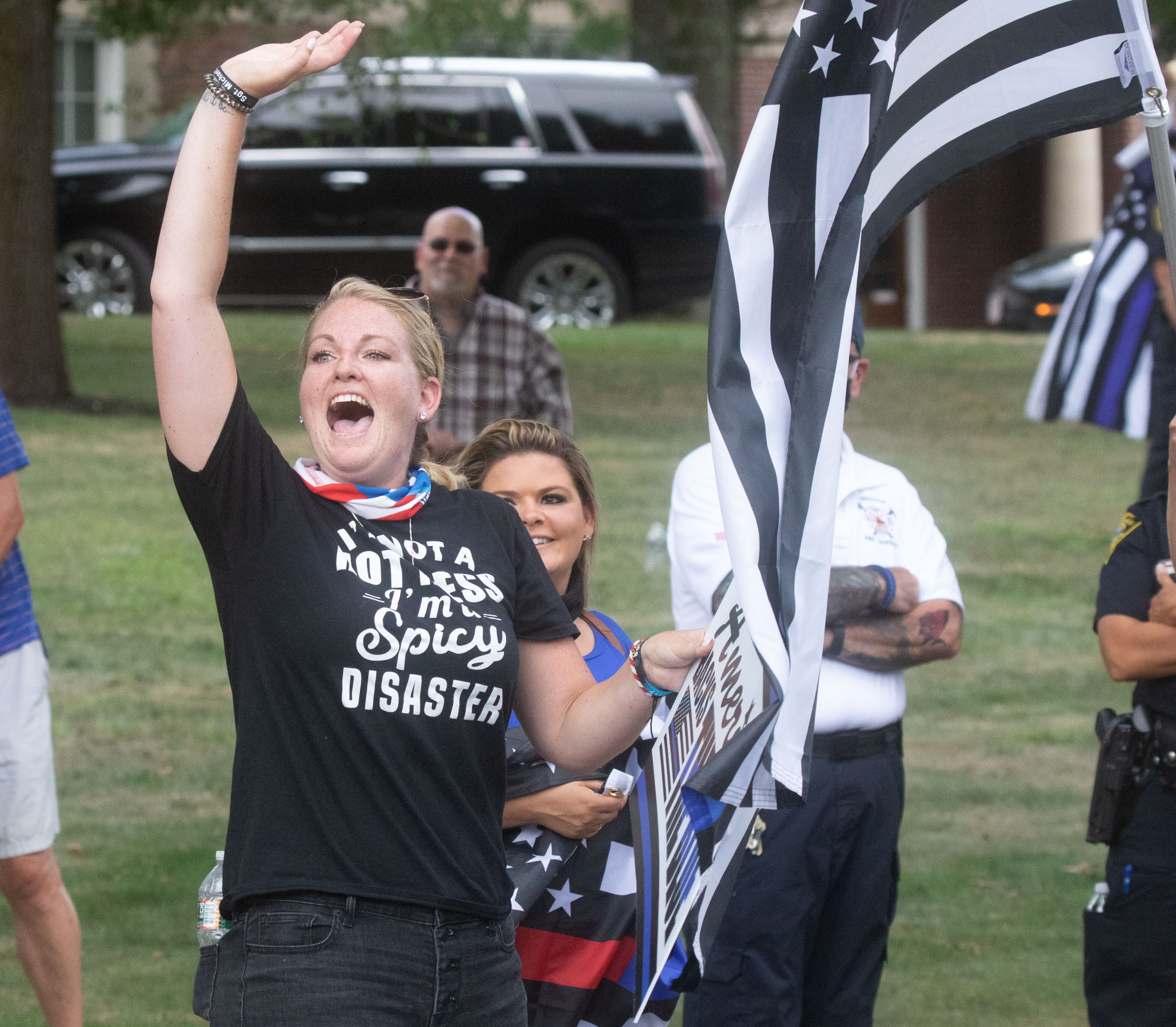 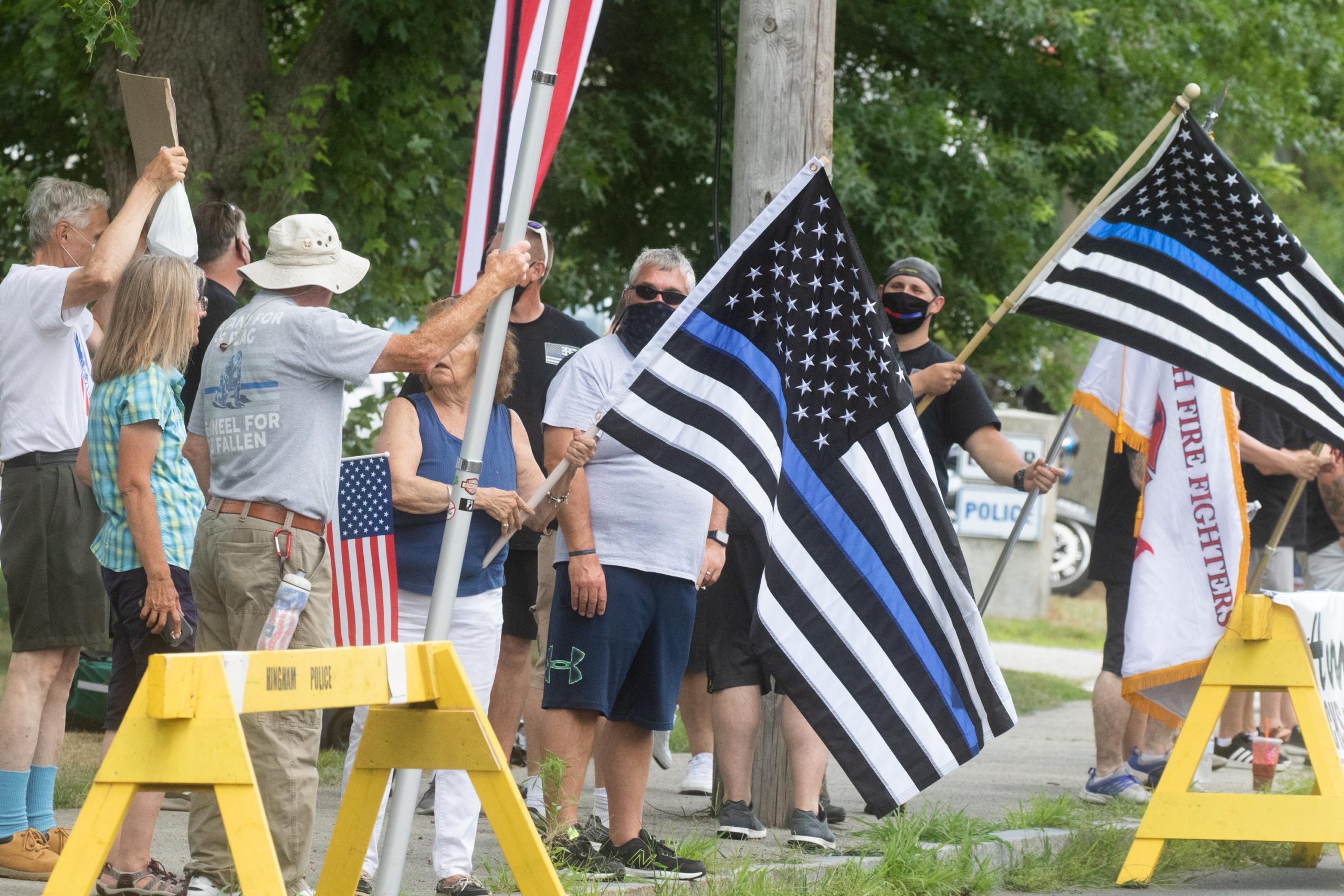 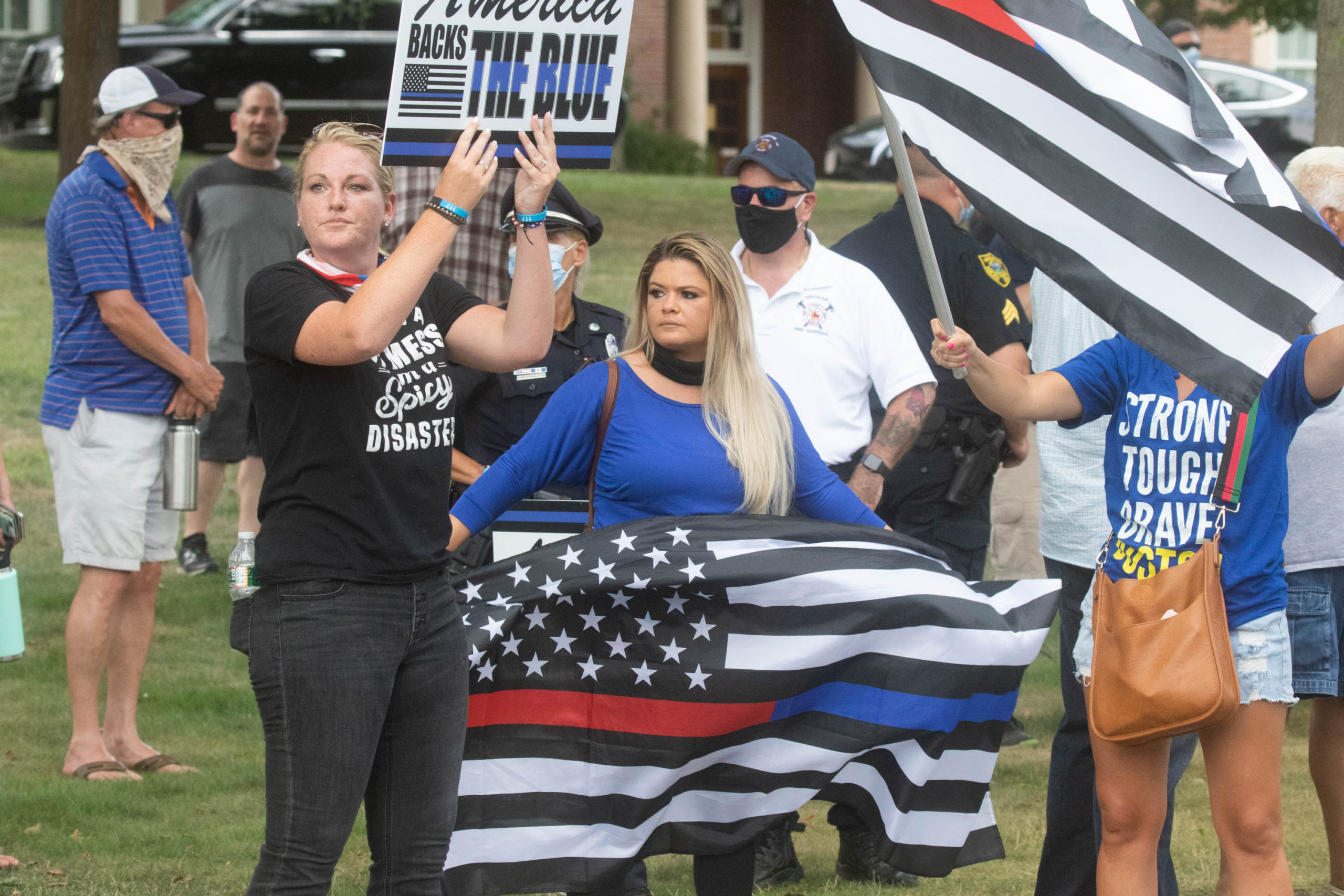 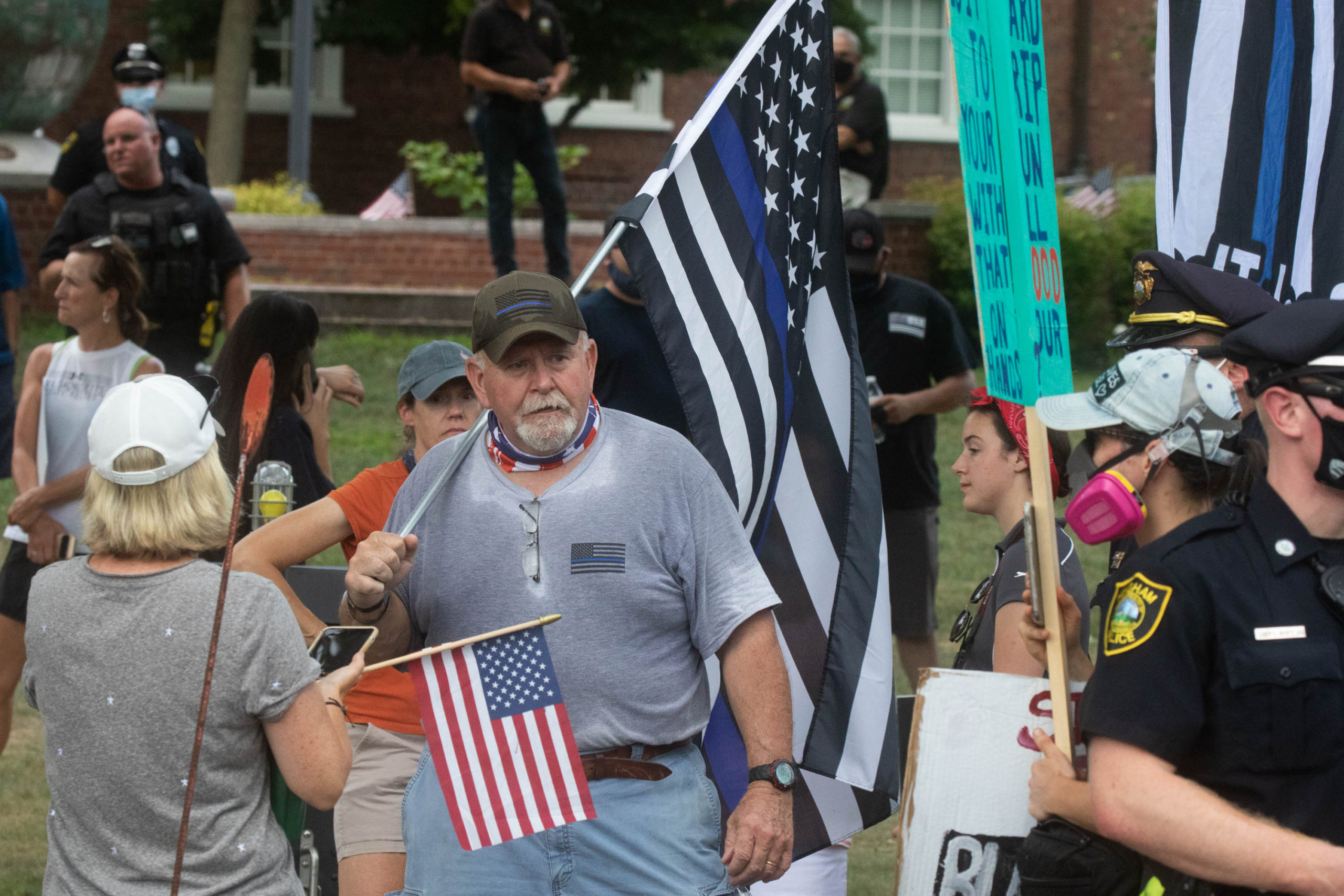 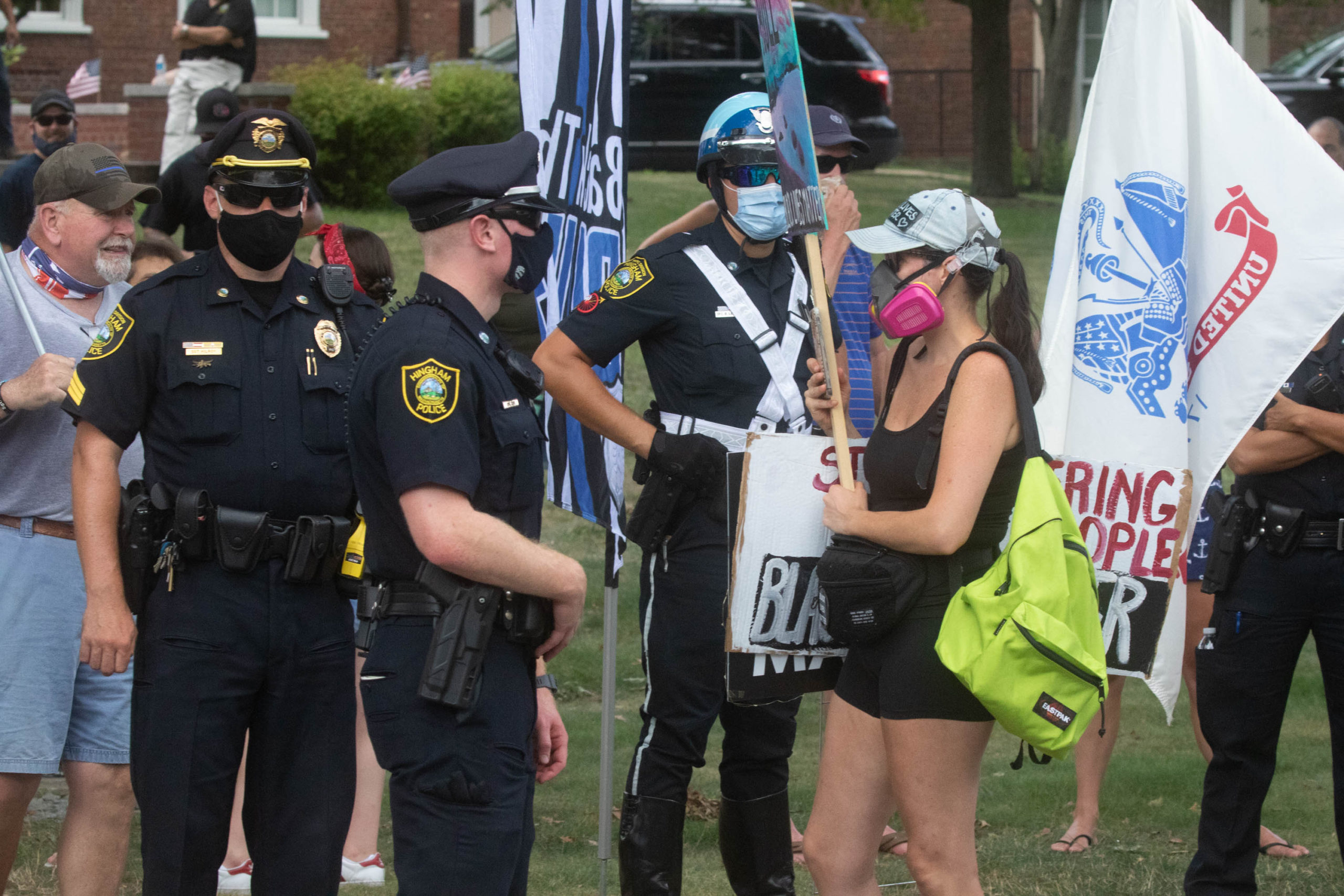 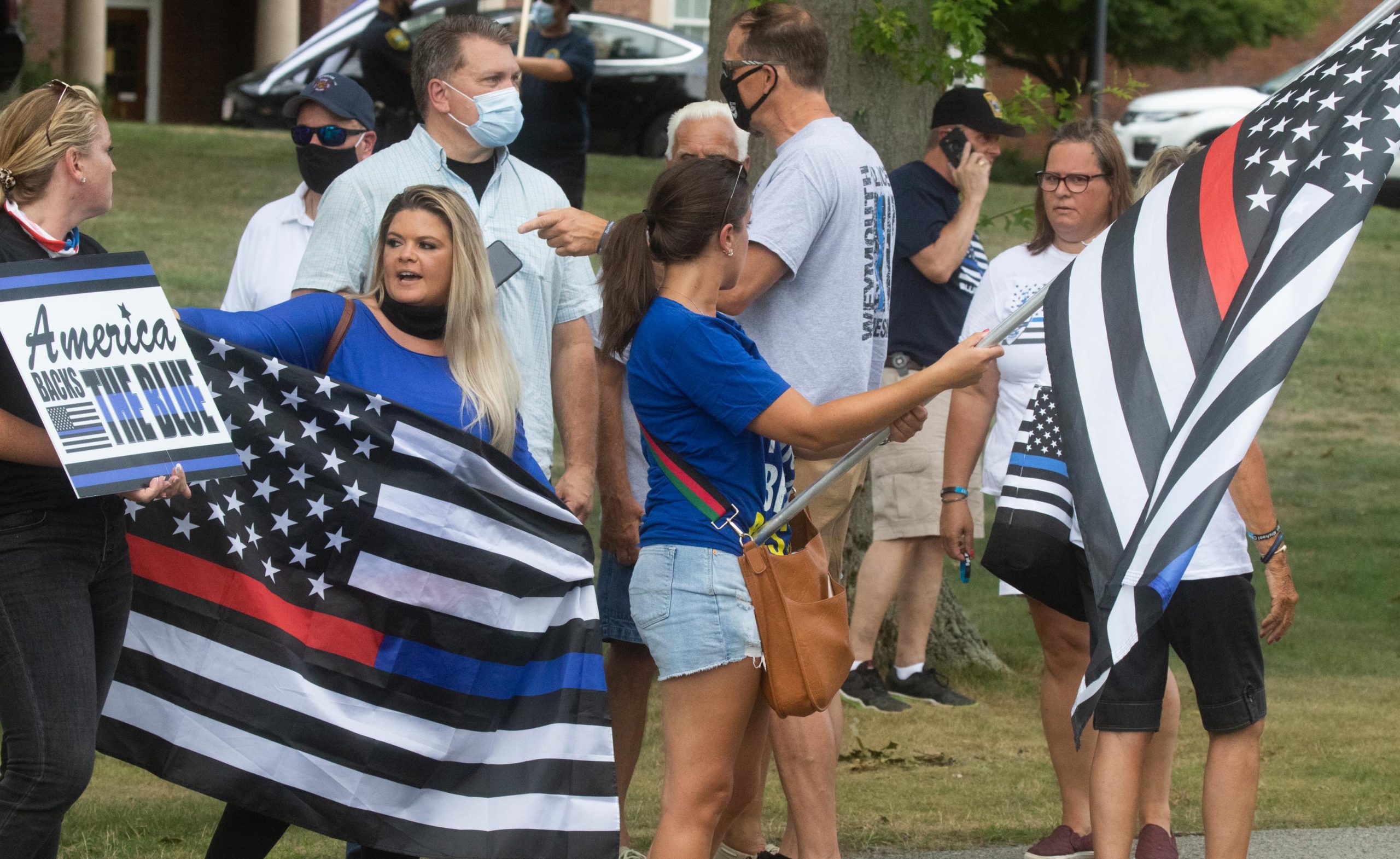 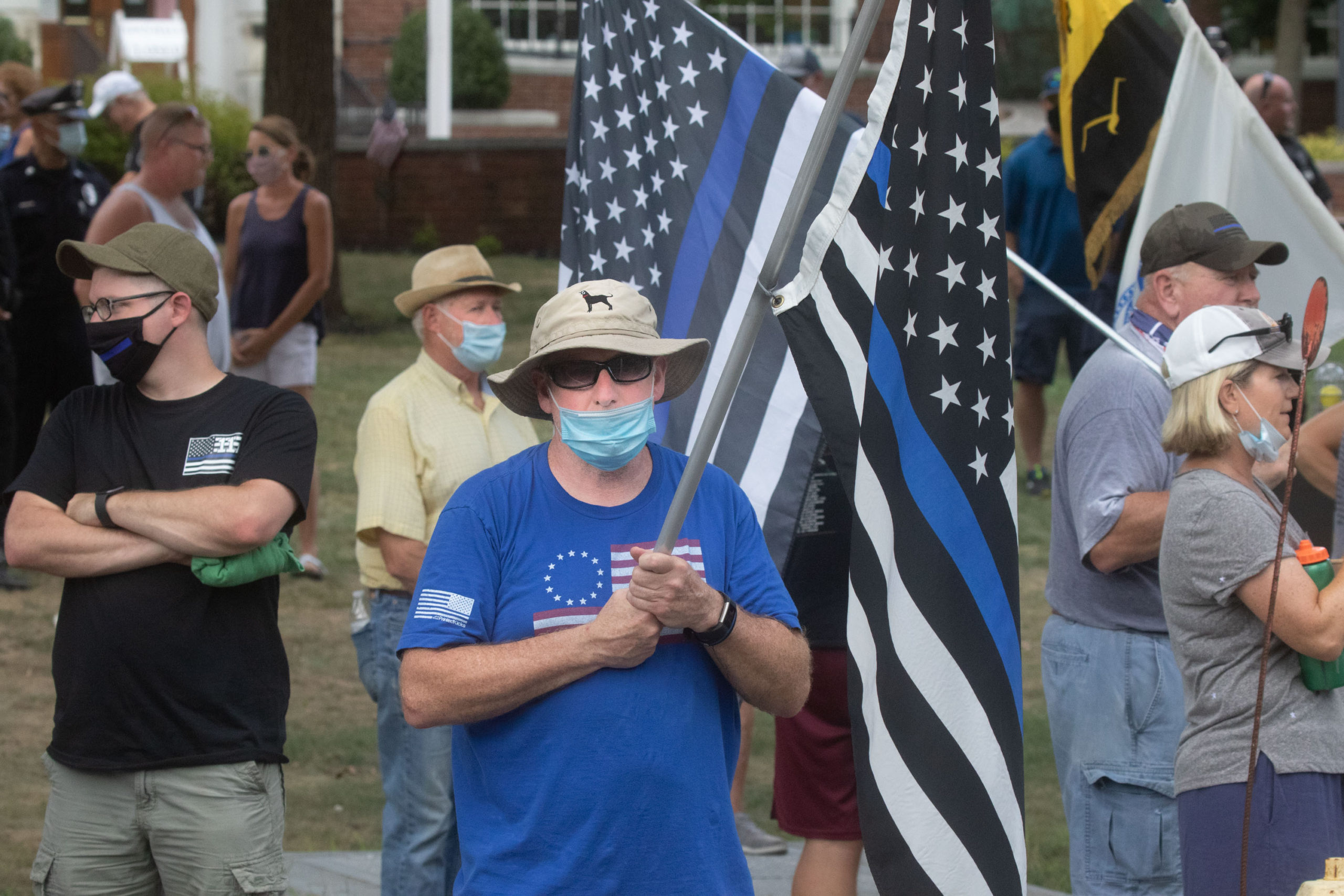 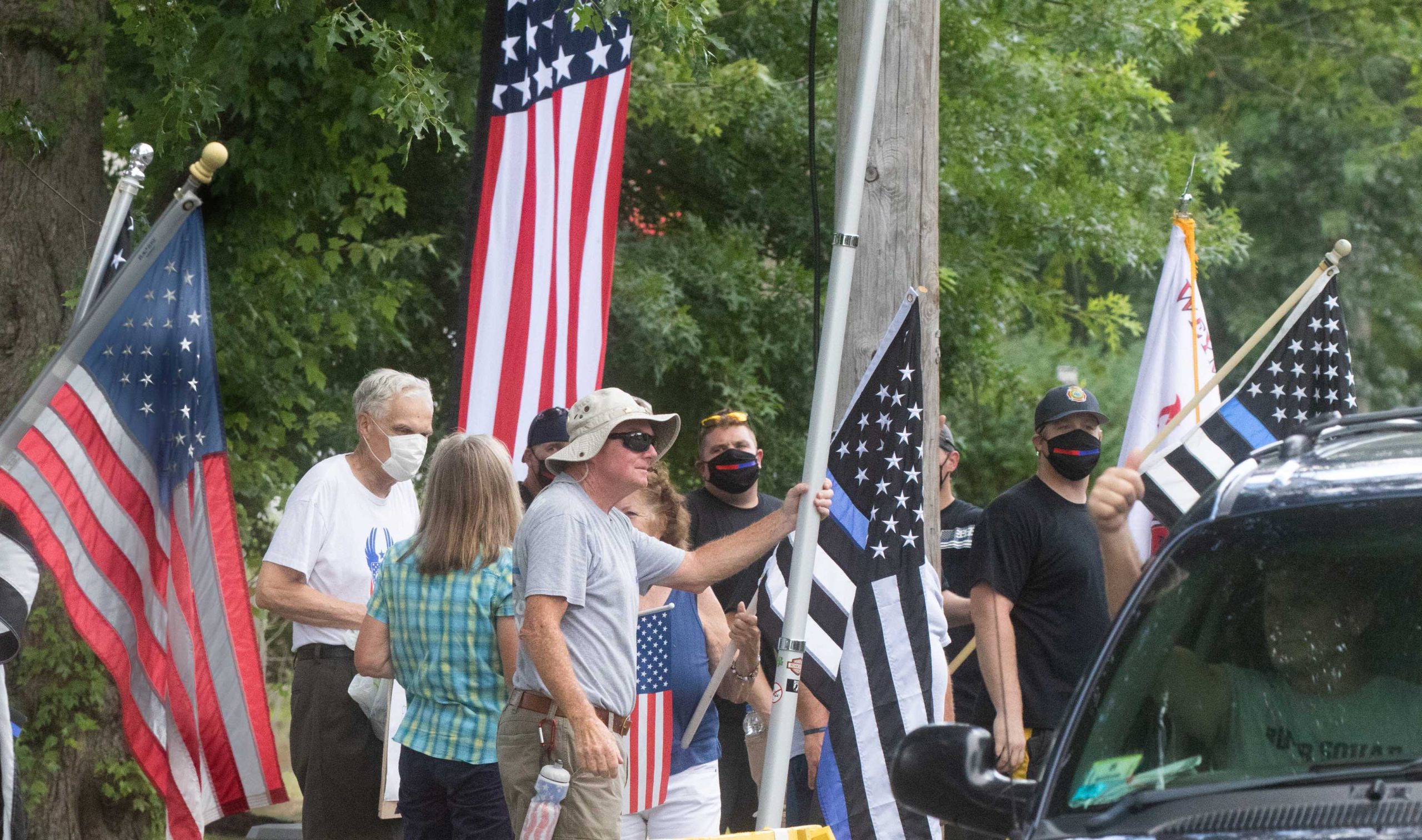 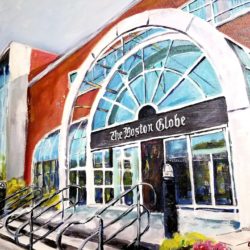 Bill Brett marks 55th anniversary of working as a photographer 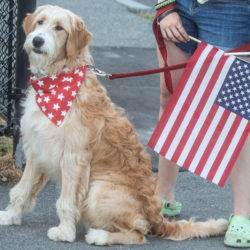 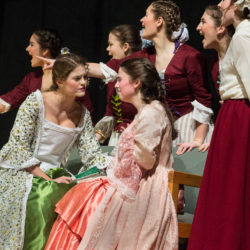