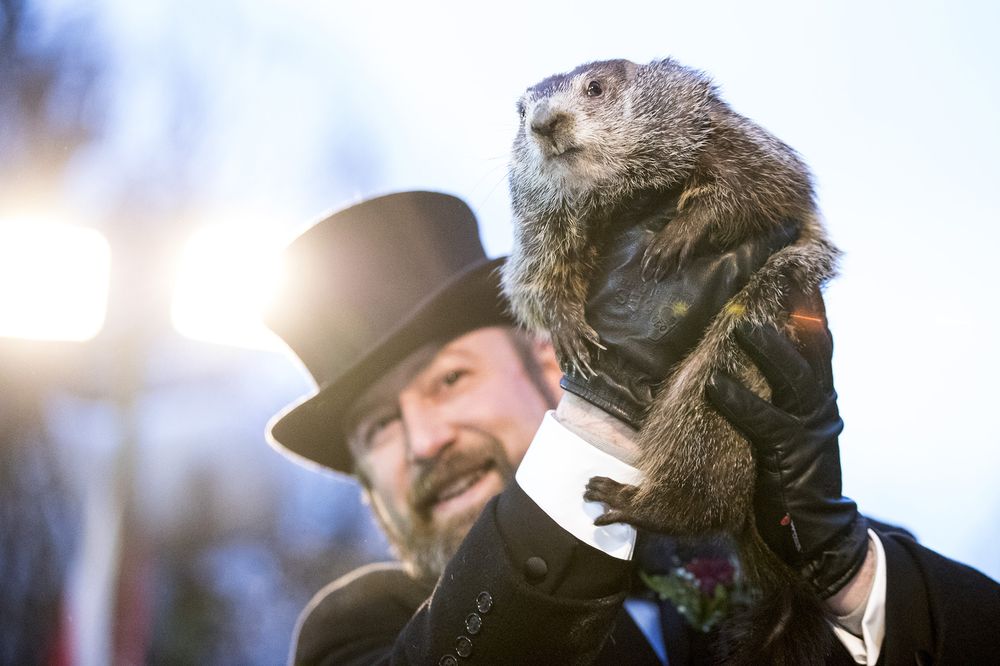 Despite years of being wrong or the scientific evidence that proves a buck-toothed rodent in a burrow in Western Pennsylvania cannot predict the weather, Punxsutawney Phil still holds court each Feb. 2.

When I was working as a “co-op” student at the Boston Globe, I talked the city desk editors into letting me return “home” to Western Pennsylvania to cover the 100th anniversary of Punxsutawney Phil’s weather prediction.

That day 31 years ago, like today and most of the other years, the groundhog predicted there would be a “long winter.” The annual gathering in the small Pennsylvania town has been the subject of a (wonderful) movie starring Bill Murray, is now broadcast live around the world, and even spawned copycat prognosticators.

The Pittsburgh Post-Gazette posted a full report of today’s festivities, which you can read via this link.

The thing I most remember all these years later is how much everyone in town went along with the schtick. The local stores sell refrigerator magnets, cookie cutters and tiny ceramic statues all in the shape of Phil. The rodent’s likeness was painted on the sides of the buildings throughout the region. And the high school’s mascot? The Chucks — a groundhog is also known as a woodchuck, as in “how much wood.”

PHOTO FROM 2018 BY Brett Carlsen/Getty Images

Here’s a look at my story from that day:

PHIL, AT 100, SEEKS TO CAST SHADOW ON WINTER’S BLAHS

PUNXSUTAWNEY, Pa. – Driving through Pennsylvania, you encounter nothing that would make you notice this town, but once a year it receives worldwide attention because it’s the home of a 100-year-old groundhog that, according to local legend, can predict the end of winter.

Today, as has been the case every Feb. 2 for the last 100 years, thousands of curious people will make the trek up Gobbler’s Knob, and wait for the portly, bucktoothed groundhog to determine if there is to be six more weeks of winter or if spring is just around the corner.

“Most people believe in the magic of the groundhog and his predictions,” said William H. Null, secretary of the Groundhog Club and executive director of the Chamber of Commerce. “Sure there are some people who want to question it, but Groundhog Day is a fun way to get through winter and beat the blahs we all feel this time of the year.”

The tradition, which puts this Western Pennsylvania town of 7,479 in the headlines for one day each year, goes back to the German tales of Candlemas Day, which said if an animal casts a shadow on Feb. 2 there will be six more weeks of winter.

In 1887, several residents of Punxsy, as it’s known in these parts, made their first official march, complete with top hats, tails and canes to Gobbler’s Knob, the highest point in town, to get a prediction from a groundhog.

The city editor of the Punxsutawney Spirit, knowing a good story when he heard one, promptly dubbed them the Groundhog Club and named the little critter, Phil.

To questions that it seems far-fetched to believe that a groundhog not only predicts the weather, but also talks to members of the Groundhog Club’s inner circle, Null has immediate answers.

“First of all if he didn’t talk, how would we get the predictions?” Null asks from behind his desk that is covered with official groundhog correspondence and has an iron replica of Phil. “Look, we didn’t say he spoke English, he speaks, Groundhogese.”

And for all those who still find it hard to swallow the tales that this Phil is the same Phil who predicted the weather 100 years ago, Null explains there is a magic that Phil is fed in August that gives him immortality.

If pushed further that it all seems totally preposterous, Null says, “You wouldn’t shoot Santa Claus would you?”
It seems just as reasonable to these folks that a groundhog can tell the weather as well as the meteorologist can, said Elaine Light, the author of “Cooking with the Groundhog,” a cookbook with only a few recipes for groundhog, and whose late husband was a Groundhog Club president.

Eight times in the last 100 years Phil has predicted an early spring, the rest were all “shadowcasts” for six more weeks of winter. “We say he’s always been right, but there are some who question it,” said Null.

Despite blustering snow and cold temperatures this weekend, people flocked to this borough located about 90 miles northeast of Pittsburgh, which like many towns in these parts was once known for its coal mines and coke furnaces.

Sam Lankford of Greensboro, N.C., had read about the groundhog anniversary and decided to bring his girlfriend, Becky Schilling, whose birthday falls on Feb. 2, to Punxsutawney for the celebration.

“He told me he was going to take me on a ‘wild, winter vacation,’ ” said Schilling, who had stopped by Null’s office to receive an honorary groundhog certificate complete with official footprint – an honor reserved only for those who were born on Phil’s day.

Along with an expected 3,000 others, the couple will make the climb up the hill this morning and wait for the “Great Seer of Seers,” as Phil is called, to come out of his burrow sometime between 7 and 7:30 a.m. – “whenever he’s good and ready” – and make his announcement, Null said.

“It’s just crazy up there, people hollering and hanging from trees,” said Null. “Some of the local college kids will stay up there all night. I don’t know how they do it.”

From the Knob, which was recently renovated to include new platforms for television cameras to have a better view, Phil will be returned to the safety of his home at the town’s Civic Center Zoo.

“We guard him just like he were a million dollars,” said Null. “He’s our little guy. He’s just as nice and cute as can be. He won’t bite unless you squeeze him too hard.”

The Groundhog Club is a nonprofit organization and members say festivities are held to celebrate rather than make a profit, but Null admits a lot of money comes to Punxsutawney because of the holiday.

Area hotel rooms have been reserved for weeks and local merchants are nearly out of souvenirs which range from the usual postcards, bumper stickers and T-shirts to ceramic replicas of Phil and groundhog cookie cutters.

The groundhog is something that is taken very seriously here. The local shopping center is called Groundhog Plaza, there is a Groundhog Park for mobile homes and the high school teams are known as the Chucks, short for woodchuck, which is what a groundhog really is.

Also, as part of the three-day celebration – expanded this year because of the centennial – a boy and girl from the high school will be chosen as groundhog king and queen, a banquet will be held and the first baby born at the local hospital today will be given a special certificate.

“It doesn’t get much bigger than this,” Null said of the festivities.

Reproduced with permission of the copyright owner. Further reproduction or distribution is prohibited without permission 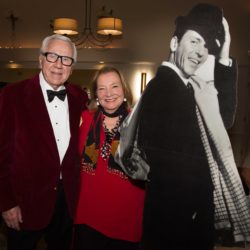 Many Turn Out to Celebrate Ron Della Chiesa’s 80th birthday 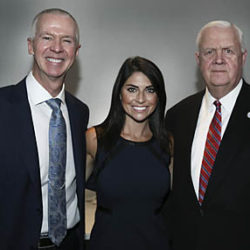 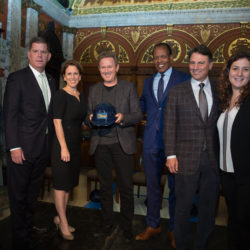 Bill Brett Boston
Get your tickets and turn back the dial to the 1980s... New Kids On The Block will join Aerosmith for concerts at Fenway Park in September.

Bill Brett Boston
Full story on the tragic death of Kobe Bryant and his daughter here from the Washington Post.

Kobe Bryant, 13-year-old daughter killed in helicopter crash
Bryant, who spent all 20 years of his NBA career with the Los Angeles Lakers, retired in 2016. He won five championships and was an 18-time all-star.
washingtonpost.com
36 1    View on Facebook

Project 351 celebrates 10 years of student participation in their communities
January 19, 2020