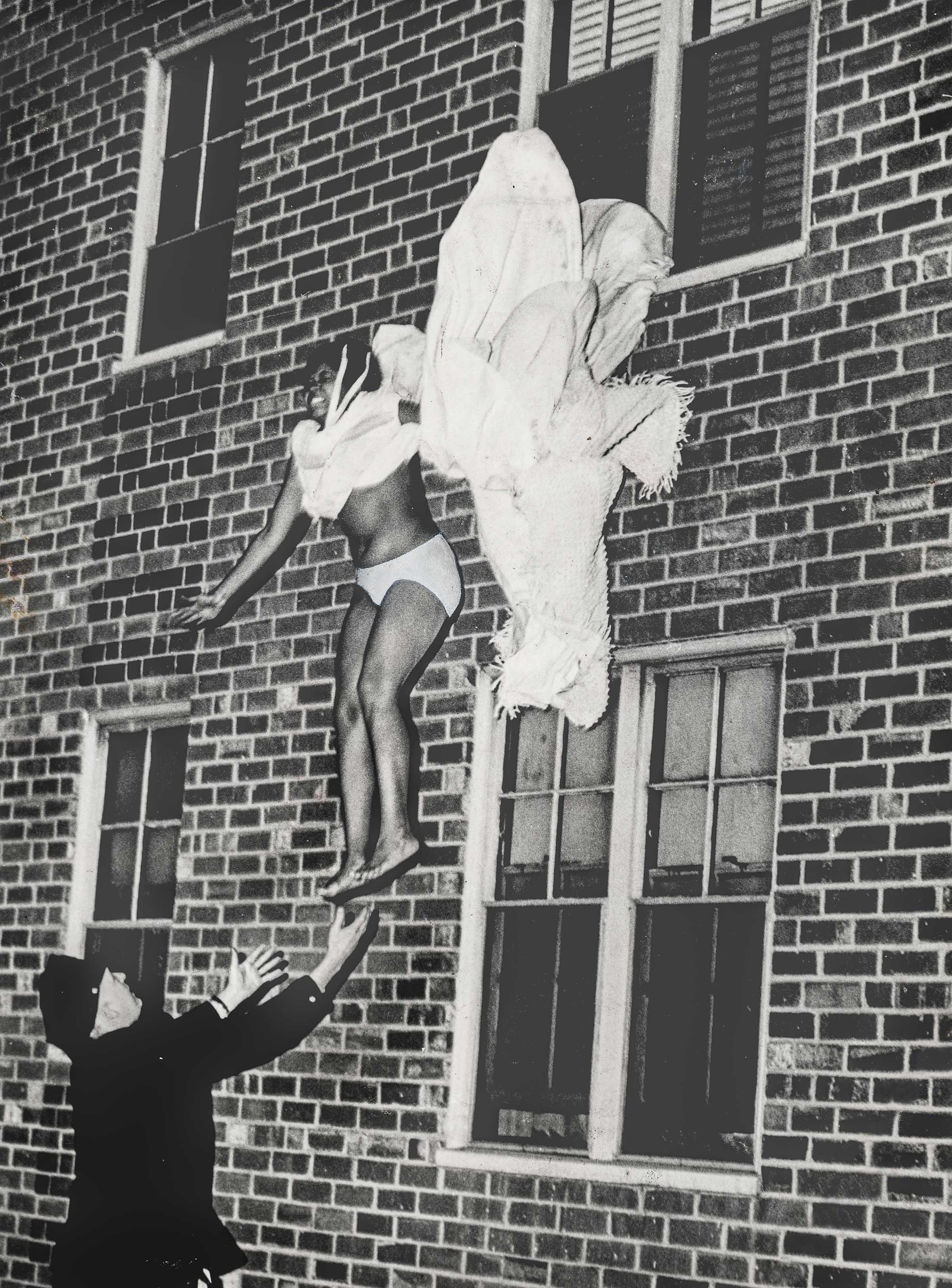 ROXBURY– This photo was taken in 1965 at a fire on Harrison Avenue. The 21-year-old woman survived with the help of Boston Police Patrolman James Donovan. The Globe ran a version of the photo with underpants painted on. That was considered an OK thing to do in those days. (We’ve included the Globe clip below as well.) The Herald ran the photo with polka dot underpants painted on. The attached clip shows another version.

All of the response to Bill’s recent photos of fires from more than 40 years ago, prompted Bill to look for some of the images he has taken that show the hard work that Boston’s police and fire departments do every day, often under the worst circumstances.

A few notes from Bill, he arrived at the building at 1181 Harrison Ave. so quickly because he was out “cruising” for news and monitoring the police and fire radio transmissions. He found himself driving behind Patrolman Donovan and jumped out of the car ready to take his photos. Bill took the photos of this without a drive or automatic film advancer and no auto focus.

Since the re-launch of Bill’s website, he and his team have been combing the archives for some of Bill’s best shots. This dramatic photo shows that before he covered the social scene, Bill was already one of the best news photographers in the city. 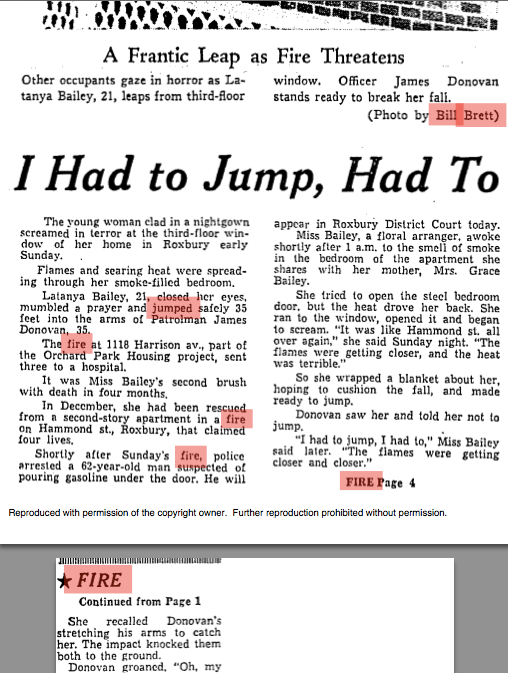 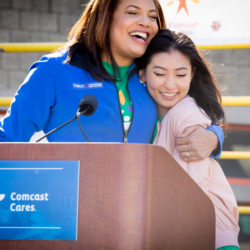 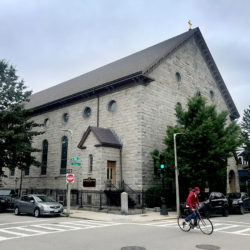 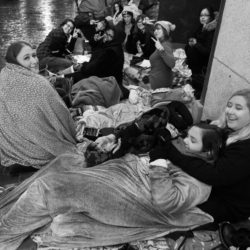 On the Scene: Fans wait to see SF9 in their Boston debut